UNITED STATES—To get an unforgettable travel experience, you don’t have to organize something extreme or go halfway around the world. Europe is not losing its popularity – it’s a wonderful destination for all types of tourists. Here, one may find charming buildings, inspiring museums, art galleries and picturesque landscapes.

In addition to the traditionally expensive and touristic London and Paris, there are many more amazing cities worth exploring. The best part, you can see them on a student budget. Read on to choose something that suits you best.

Cheap flights to Budapest turned this destination into one of the most beloved ones for many tourists. Moreover, the prices for accommodation are quite reasonable – hotels and apartments in Budapest are much cheaper than in other European capitals. Be sure to spend at least three days there – there are so many impressive places that need your attention.

Take a guided tour of the Parliament building and admire the wonderful views from the shore. Also, visit Budapest’s famous thermal baths and stroll around the Buda Castle as well as Fisherman’s Bastion. When it’s warm enough, we highly recommend taking a ride on a pleasure craft – the Danube river will be hard to forget.

Vilnius is a cozy European capital where everyone feels at home. The traditional and historic city is full of elegant squares, narrow streets and idyllic parks. This part of the city is combined with modern Vilnius where you can experience the atmosphere of freedom and contemporary art. Thus, Lithuania’s capital can be called a city of contrasts.

Exploring the legendary Gediminas’ Tower and the welcoming streets around, it’s easy to forget about everything that’s on your to-do list.

Of course, it’s hard to focus on school papers and when you’ve got so much to see and do in a new city. Luckily, you can always get paper writers help and fully devote yourself to discovering what the surroundings offer. Outsourcing is a great way to be in the moment and prioritize the right way.

One of the most fascinating Polish cities, Gdansk is often underestimated, especially when being compared to Krakow or Wroclaw. However, this gingerbread town will quickly win you over. It seems that Gdansk is a living version of places described in the tales of Andersen and the Grimm brothers. It has a long heroic history. Gdansk rose from the ashes of war and became even more beautiful than it was before.

The climate here is maritime and cool, the warmest months being July and August. Interestingly, the most famous music event in Poland, the Open’er Festival, takes place in neighboring Gdynia. Talented performers from all over the world take part in it, so maybe your favorite musicians will be there, too.

Latvia is another Baltic country whose capital fascinates with its coziness. The historic center was completely restored in the middle of the 20th century. Perhaps the spirit of Old Europe is not that strong here, like say, in Vilnius.

However, Riga still delights with its colorful blocks, narrow streets and a canal full of boats right in the middle of the city. Here, you will easily feel the relaxing atmosphere – and many European capitals lack it so much these days.

There are a lot of attractions in Lisbon and its surroundings, namely castles, palaces and basilicas. The local historic sites help you explore different architectural styles.

Thus, the churches of St. Vicente de Fora and St. Engrácia were built in the Baroque and Manueline styles. The palaces of São Bento and Ajuda represent classicism. There are also mysterious gothic monasteries worth your visit.

Many tourists come to Portugal’s capital for long walks along the steep streets of the old city. You can wander along them endlessly thanks to their charm.

Prague won over tourists’ hearts for its cheap Czech pubs and its historical center which reassembles a medieval fairytale. The trip here will cost you significantly less than traveling to Paris or Amsterdam, for instance. The only disadvantage is that there are a lot of tourists in Prague during the peak season, so it’s better to choose less popular months. Fortunately, this city is amazing at any time of the year.

Athens is a city with a rich history. It’s the birthplace of democracy, philosophy, theater and the Olympic Games. The Greek capital is a city of contrasts, with wonderful places to discover.

Athens is the perfect city if you’ve got a free weekend. It’s easy to visit all the sights in two days without haste. Devote one day to exploring the Parthenon and the Acropolis. Then, spend half a day at the archaeological museum. Moreover, it would be great to wander around Monastiraki. This flea market neighborhood is situated in the old town. 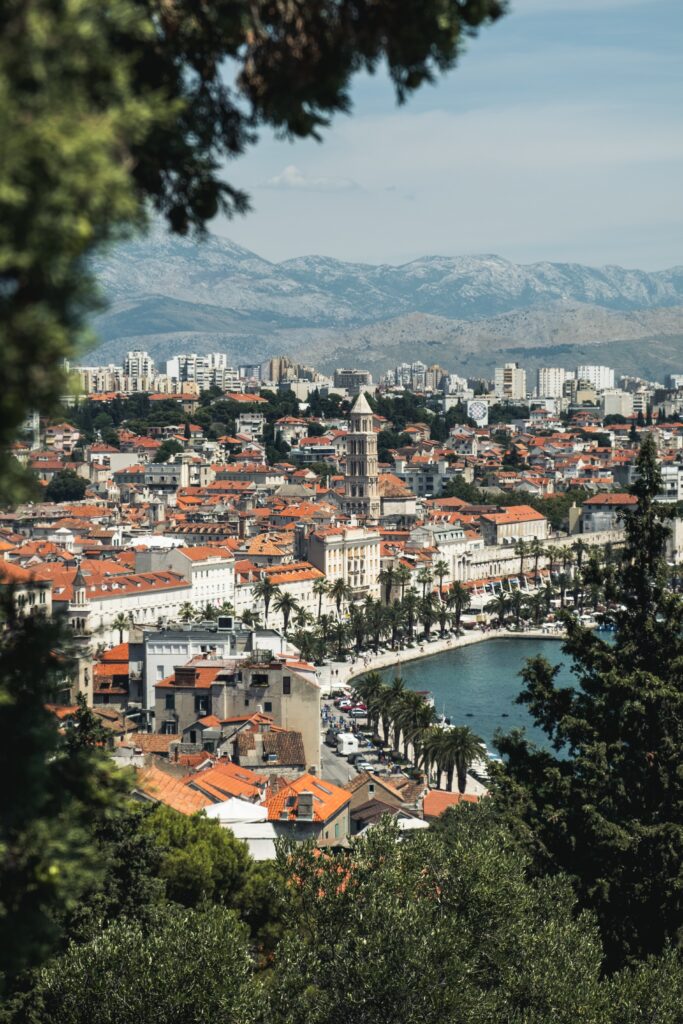 Split is the second largest city in Croatia, located on the Adriatic coast, at the foot of the Mosor Mountains. Going here can be compared to using a time machine – the palace of the Roman emperor stands next to a medieval cathedral and the ancient temple of Jupiter.

Located in Dalmatia, which is famous for its excellent beaches, Split offers you a wonderful sea holiday. Be sure to visit the ancient palace of Emperor Diocletian. It’s considered to be the best-preserved Roman-era palace in the world.

A couple of years ago, few people knew anything about Ljubljana. But now it is turning into one of the most popular cities in Europe. Here, you will see baroque buildings and ancient castles, the river with emerald water and picturesque small bridges.

Ljubljana has everything you need for a perfect European weekend: a nice historic center, a wide variety of restaurants and architectural monuments, including a well-preserved medieval castle.

Come to Cyprus to enjoy golden beaches and a large number of historical sights which are protected by UNESCO. Here, you can appreciate the atmosphere of Ancient Greece and the divine Olympus not only in museums, but also at the ruins of the catacombs.

Fortunately, in addition to expensive Vienna, Rome and Geneva, there are European cities that are way cheaper. So there is still an opportunity to see something new on a budget. To make it easier for you, we have compiled a list of 10 destinations in Europe – you will definitely remember the time spent in them.