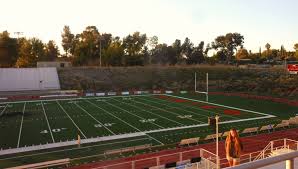 Firefighters arrived at the track at Pierce College where 800 students and coaches from multiple high schools gathered for a cross country track meet. The firefighters searched the three-mile track to ensure no runners were ill or left behind. Most people evaluated were high school athletes.

Twelve people suffered heat-related illnesses and a total of 10 females, ranging from 16 to 17 years old, were transported to various local hospitals. According to the LAFD report, “Medical complaints were predominately minor in severity; however, two patients suffered temporary altered-level-of-consciousness.”

The incident lasted under two hours. The LAFD stresses the importance of staying hydrated and not exercising alone, especially during extreme temperatures for safety measures.

Shade Trees Are Adapting To Urbanism

At Least 78 Dead And 4,000 Wounded In Beirut Explosion

Your Freedom Of Speech Matters