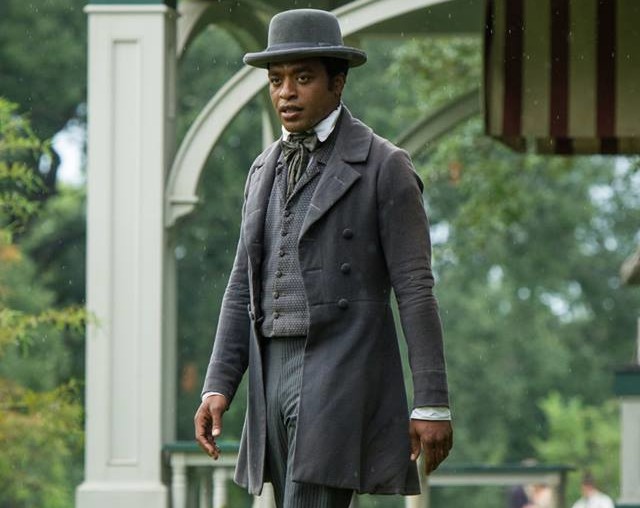 HOLLYWOOD—There is one film that I have been eagerly anticipating since hearing buzz about the picture over the summer.  Some movies strike a cord with audiences, but “12 Years a Slave” is an accomplishment of stellar moviemaking.  Be warned the movie tackles one of the most difficult subject matters in American history: slavery.  This is not “Django Unchained” there is nothing funny happening here; to compare the two pictures side by side would be unjust in my opinion. While both films invoke raw emotion, “12 Years” will literally take breath from the spectator.

The film is based on a true story of Solomon Northrop (Chiwetel Ejiofor), a free black man who is kidnapped and sold into slavery.  To see a character on the highest peak in his life, literally knocked down to the bottom of the barrel and to hold out hope during such a violent and demoralizing time inAmerica is heart-breaking.  Ejiofor graces the screen with such conviction and inner strength that you are secretly rooting for this character. In the back of your mind, the horrors that he experiences will visibly force you to want to leave the multiplex.

The violence in the picture is hardcore, it’s brutal and unbearable to watch at times, but that may be the beauty of the movie.  It’s unfiltered; there is no easy way to address a subject matter like slavery, besides giving the audience the raw depiction of what happened.  We have this myth of what we ”˜know’ about slavery or what we ‘think’ slavery was based on what has been told to us or perceived from countless movies and TV shows.

This film gets it right and that is the unfortunate side effect. In the current era we live in, prejudice and racism and hate amongst whites and blacks and countless other races still exist.  Just look at scandals this summer involving celebrity food icon Paula Deen, George Zimmerman and who can forget the horrors of “Big Brother 15.”  As much as we’d like to admit we made strides, “12 Years a Slave” forces the spectator to realize that enough has not been done.

The characters in this movie are riveting. Michael Fassbender is the epitome of pure evil as treacherous plantation owner Edwin Epps; he has no idea what it means to have compassion, he literally strips and tortures Patsey (Lupita Nyong’o) who is a sure fire lock in my opinion for a Best Supporting Actress contender this awards season.  Her bravery to depict the horrors in a woman who has been knocked down, kicked, spit on and beat nearly to death is beyond harrowing, it’s a triumph. Fassbender’s character is evil at his core; Patsey is the character the audience wants to see triumph against horrific odds.

The script by writer John Ridley is authenticity at its best.  Watching this film easily sutures the audience; trust me there were literally moments of fear, horror, sadness, hate, jubilation that took over my body watching this picture.  At times, I found myself just moments from walking out of the theater because it’s such a difficult movie to watch.  That’s a testament not only to fine acting, but writing and directing.  Steve McQueen helms the movie in an approach that some might find odd to some degree.  The action is captured head on and in some instances presented with a bit of deception that is later revealed to be a directorial tactic to evoke a stronger emotion in the audience.  There is a particular scene in the picture involving Patsey, Solomon and Edwin that is so controversial and horrific words cannot describe how the spectator will react.

All for Solomon and Patsey is not gloom and doom, as there are bright lights in the picture from characters like Samuel Bass (Brad Pitt) and William Ford (Benedict Cumberbatch).  Ford’s character is an interesting one who grapples with morality and the position of power that he is in. Unlike Edwin, who has no redeemable qualities, Ford has a conscience; he sees the horrors that he is implementing and the regret he’ll eventually face.  Bass is the voice of reason not only for Solomon, but also Edwin.  He attempts to reason with the vile plantation owner, to force us to see the ‘bigger’ picture and the consequences that his action could ultimately have.

“12 Years a Slave” does not have the happily ever after ending so many of us expect when leaving the theater.  It’s a blunt, honest, cruel and remarkable tale of America at its worst. Slavery existed and to not acknowledge the horrors of that travesty is a shame.  This is a film that forces its audience to examine the soul, it pierces through us with little apology. It grabs a hold of the heart and never let’s go. I’ve seen great films, fantastic movies, “12 Years a Slave” is a stunning accomplishment of cinema that drives a raw emotion that will never be forgotten; simply put it’s a courageous tale of survival in a time where survival rarely existed.