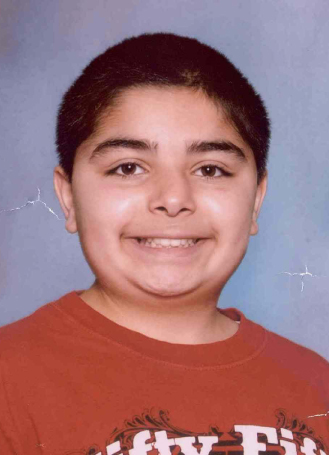 HOLLYWOOD—The Los Angeles Police Department and the family of 13-year-old Levon Karaelian are seeking the public’s help in finding Karaelian, who has been missing since the night of Wednesday, December 22.

Levon Karaelian was last seen by his parents “at their home in the 1500 block of North Schrader Boulevard in Hollywood,” according to a news release from the Los Angeles Police Department. Karaelian told his mother at approximately 6 p.m. that he was going to walk to a friend’s house, who also lives in Hollywood. When her son did not return “at a reasonable hour,” the mother of the missing boy went to the friend’s house, “but learned he never showed up,” according to police reports.

Since last seen, Karaelian has not been in contact with family. His parents have told authorities that he has asthma and did not take his medication with him.

Levon Karaelian has been described as a white male, with brown hair, brown eyes, approximately 5 feet, 2 inches tall and about 160 pounds. He was wearing a black jacket, yellow pants and gray tennis shoes when he was last seen.

Anyone with information on Karaelian’s whereabouts is urged to call the Hollywood Division Front Desk at 213-972-2971. Calls during non-business hours or on weekends can be made to 1-877-LAPD-24-7. Anyone wishing to remain anonymous should call Crimestoppers at 1-800-222-TIPS (800-222-8477). Tipsters may also contact Crimestoppers by texting to phone number 274637 (C-R-I-M-E-S on most keypads) with a cell phone.  All text messages should begin with the letters “LAPD.”  Tipsters may also go to LAPDOnline.org, click on “webtips” and follow the prompts.