HOLLYWOOD- Hollywood Area Robbery detectives arrested two suspects on Thursday, August 20 for their involvement in a hate crime robbery. Victims Joslyn Allen, Jaslene Busanet, and Eden Estrada were attacked in Hollywood at approximately 2:15 a.m. on Monday, August 17 by suspects Carlton Callway, 29, and Willie Walker, 42. The whereabouts of the third suspect, Davion Williams, 22, are unknown at this time.

On Monday, August 17 at approximately 2:15 a.m., the three suspects approached victims Allen, Busanet, and Estrada offering to buy them merchandise at a store located on the 6500 block of Hollywood Boulevard. Upon arriving at the store, the suspects refused to pay for any merchandise the victims chose. The victims then left the store.

After the victims left the store, suspect Carlton Callway located Eden Estrada on the street and approached her with a metal bar and demanded her shoes and bracelet. The victim complied as Callway threatened to physically harm her and the additional two victims. Callway grabbed Estrada by the hand and forced her to walk with him for a short distance before she was able to escape.

After Estrada escaped, Callway assaulted Jaslene Busanet with a bottle and that disabled her to the ground to steal her purse. Suspect Callway publicly made derogatory remarks to the women during the crimes announcing that they were transgender. Victim Eden Estrada confirmed the attacks on her Instagram page, @edenthedoll. 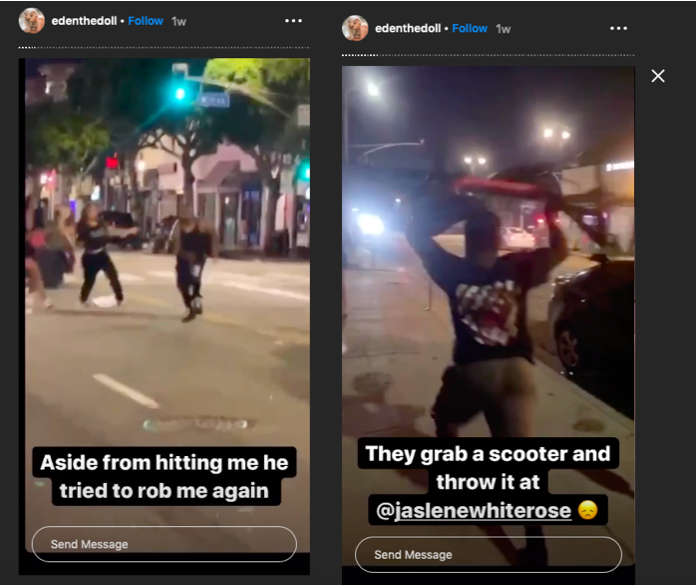 Callway was arrested in Bakersfield for Assault with a Deadly Weapon with a hate crime enhancement. Willie Walker was later located and arrested in Los Angeles for extortion. The third suspect, Davion Williams, is described as a 25 year old African American male with black hair, brown eyes, standing at 6 feet tall, and weighing approximately180 pounds. He was last seen wearing a black tank top and black shorts. 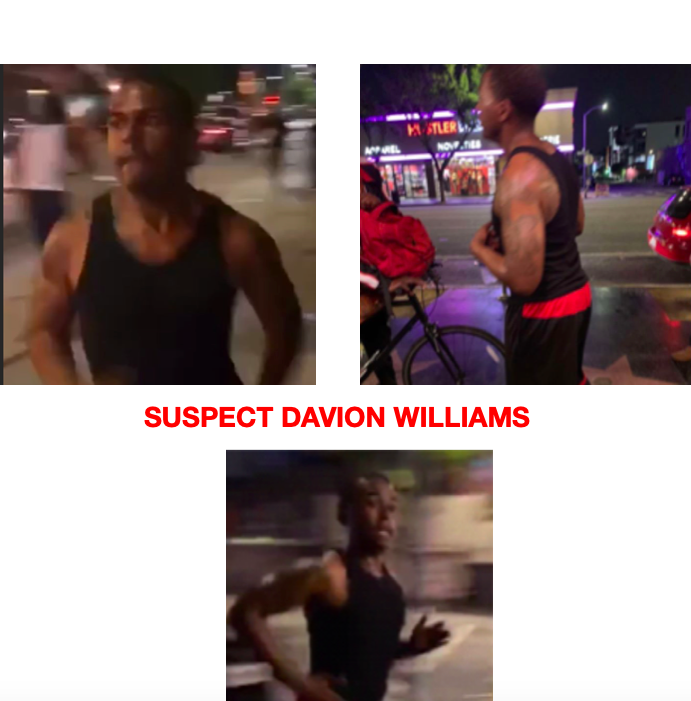 If anyone has any additional information regarding this crime, or can identify the suspect in this photo, please contact Hollywood Area Robbery Detective Detective Stogner at 213-972-2934.