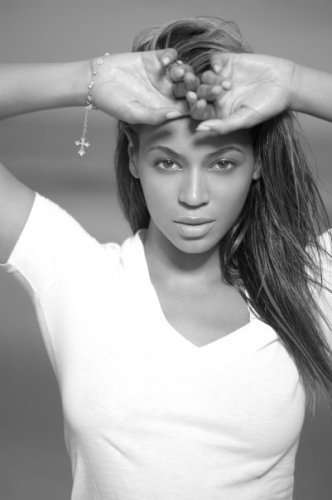 HOLLYWOOD—Many music lovers out there have been disappointed about the current state of music. In my opinion, the last two years of music have been a bit lackluster. I can’t even recall the last time I purchased a CD. Of course, nowadays everyone consumes their music online, but there’s something about having a CD that makes everything worthwhile. For anyone who is hoping that 2011 will be a much better year in music than 2010, have no worries because a bevy of artists are expected to make their highly anticipated return to the music charts.

Everyone’s favorite pop artist Britney Spears returns with the release of her seventh studio album “Femme Fatale” on March 29. Based on the album title, audiences should expect some sensual and sultry lyrics from the singer. Spears 2008 album “Circus” was a massive comeback for the pop starlet who faced a lashing from the public during her downward spiral.  The album spawned massive hits like “Womanizer” and “Circus.”  She recently released her first single “Hold it Against Me” from the forthcoming album that shot to number one on iTunes.

“American Idol” alum and Oscar-winner Jennifer Hudson returns with her sophomore album “I Remember Me” on March 22.  The follow-up to the songstress’ Grammy Award winning self-titled 2008 album is expected to bring back those powerhouse pipes audiences have come to love ever since her amazing rendition of “And I’m Telling You I’m Not Going” from the movie “Dreamgirls.”

Rapper Lil Wayne is set to return with “Tha Carter IV” the follow-up to his critically acclaimed “Tha Carter III.”  The album was a massive hit selling more than a million copies in its first week.  That was an album where you could absolutely play the album from beginning to end without skipping a track.  With the rapper spending more than a year in prison, he has plenty to talk about and the public is ready to listen.

Gwen Stefani re-teams with her group No Doubt to release their sixth studio album this year. It’s been awhile since we’ve last heard the group since Stefani focused her attention on her solo career with massive hits like “Hollaback Girl.”  The group’s last big hit “Its My Life” was a breath of fresh air and a catchy tune, so it’ll be interesting to see what they’ve cooked up in the studio.

Lady Gaga who is labeled by many as the current queen of pop is expected to release her sophomore album “Born This Way” on May 23.  With her theatrics and unique style, Gaga has completely changed music as we know it. I must admit this is perhaps the most anticipated album of 2011.  Everyone wants to know what Gaga is planning to do next with classics such as “Just Dance,” “Poker Face,” “Bad Romance” and “Telephone” ruling the charts in 2009 and 2010; 2011 may be Gaga’s biggest year to date.  The singer’s first single from the album “Born This Way” was released on Friday, February 11.

BeyoncÃ© is gearing up for her fourth studio album, which is rumored to be a mix of the singer’s favorite genres of music.  Her 2008 multi-platinum album “I Am”¦Sasha Fierce” ruled the charts for weeks with her undeniable hit “Single Ladies (Put a Ring on It).”  The song was so huge it spawned the most YouTube videos ever and it was even imitated on Saturday Night Live by Justin Timberlake. If there’s one thing Ms. Knowles knows how to do, it’s to make a catchy tune, but she may feel a bit pressure putting out a single that excels over her predecessor.

Other notable artists treating the public to new music in the coming year include Dr. Dre “Detox,” U2 “Songs of Accent,” Coldplay and there is plenty of buzz that actor Justin Timberlake may be releasing his first album since 2006’s “Love Sex/Future Sounds.”  With so many formidable forces of the industry returning in 2011, it looks to be a fantastic year in music.  Whose album are you looking forward to the most this year?