CVE is a telecommunications equipment and repair company.  Officials say this is the largest worksite raid in the country in a decade. 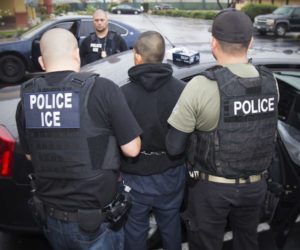 CVE also has four staffing agencies that are included in an ongoing investigation where employees knowingly hired individuals who were in the U.S. illegally. Agents were reportedly tipped off and started an investigation in January 2019 revealing that individuals employed at CVE were using fraudulent identification documents.

“Businesses that knowingly hire illegal aliens create an unfair advantage over the competing businesses. In addition, they take jobs away from U.S. citizens and legal residents, and they create an atmosphere poised for exploiting their illegal workforce. 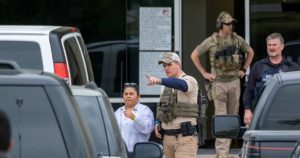 ICE delivers more than 5,200 I-9 notices to businesses across the country. The businesses that receive an (NOI) Notice of Inspection notifies the companies that ICE will be investigating the businesses hiring records, to make sure they are complying with the law.

This was an HSI led investigation. HSI is the federal law enforcement agency responsible for upholding employment laws that have been in practice since the 1986 Immigration Reform and Control Act (IRCA). These laws help protect jobs for U.S. citizens.