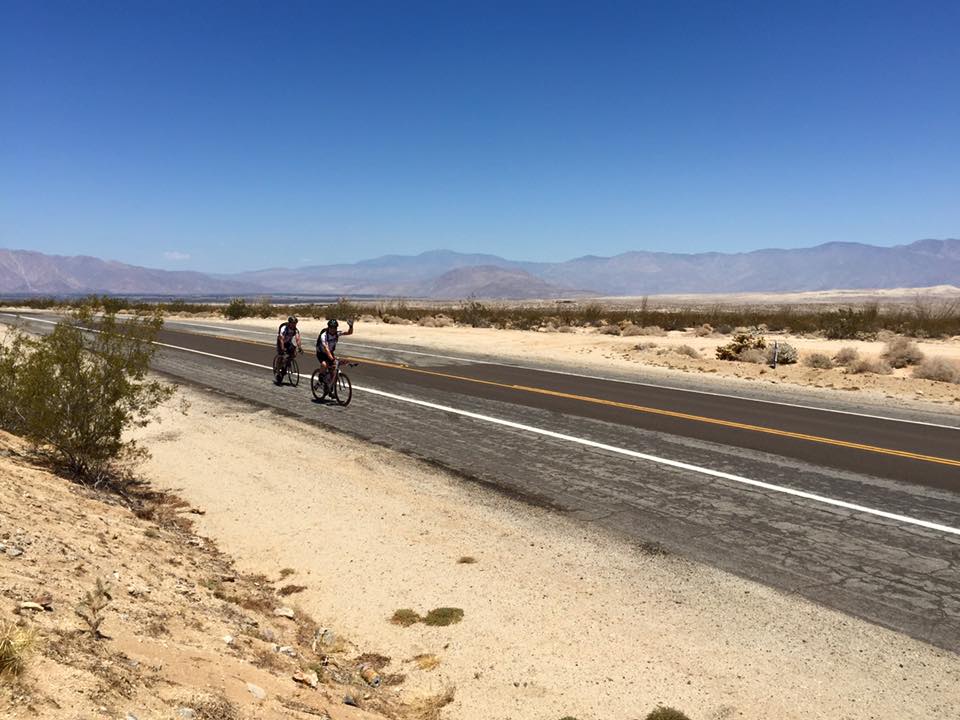 SANTA MONICA—Derek Fitzgerald and two other cyclists embarked on a 3,400-mile bicycle journey on Tuesday, June 9. Beginning at the Santa Monica Pier with their sights on Avalon, New Jersey, the philanthropic riders set out to raise money for “Tour For A Cure,” a foundation founded by Fitzgerald, a cancer survivor and heart transplant recipient, by completing the cross-country expedition in just 44 days.

Fitzgerald, who calls himself the “Recyclable Man,” spent nearly a decade fighting cancer, but his journey began over 4 years ago following his cardiac transplant, which was needed after chemotherapy damaged his heart. With the help of his cardiac rehabilitation therapy, Fitzgerald was able to grow strong enough to run a 5K race merely 8 months after his surgery.

Months following that feat, he ran his very first half marathon with his charity, Team In Training, which is a “non-profit endurance training and fundraising arm of the Leukemia & Lymphoma Society,” according to Fitzgerald’s website, Recycledman.com.

In 2013, Fitzgerald became the first heart transplant recipient to complete one of the most physically challenging endurance events, the Ironman Triathlon. On his website, Fitzgerald declares that, “[his] survival has been greatly due to advances in medical science and the caring and generosity of others.”

Derek Fitzgerald and his riding partners, Dave Madden and Maire Reynolds, both Ironman finishers, invites participants to join them, in person or virtually, for any length of the course.

To learn more information, see the  Recycled Man’s Facebook page to follow his journey across the US and to donate to the cause.