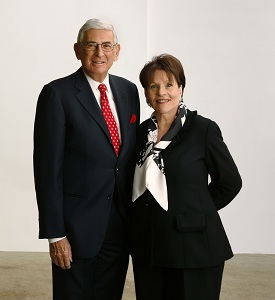 WESTWOOD – Two gifts were bestowed to UCLA in the amount of $4 million on May 8.

The donation from The Eli and Edythe Broad Foundation is aimed at funding the Broad Stem Cell Research Center and the Division of Digestive Diseases, according to a statement from the school.

Two million dollars were given to the Broad Stem Cell Research Center to add to the $20 million already given to the center by The Broad Foundation since 2007. The gift will further the efforts of the center’s Innovation Award program, which gives researchers seed funding that allows them to gain additional funding for their projects. Agencies like the National Institutes of Health and the California Institute of Regenerative Medicine have contributed grants to these projects, with the latter agency having given over $200 million so far.

“The Broads’ generous support has been essential to the development of new therapies that are currently in, or very near, clinical trials for treating blindness, sickle cell disease and cancer,” said Director of the Broad Stem Cell Research Center Dr. Owen Witte.

The remaining $2 million was directed to the Division of Digestive Diseases, which in turn will further support the Center for Inflammatory Diseases in its efforts to find new treatments for various chronic diseases. The Foundation’s Broad Medical Research Program had previously given another $600,000 over the past 10 years. As one of the few centers of its kind in the world, the Division has secured $11 million in funding from other parties.

Among the achievements made at the Center for Inflammatory Diseases have been the creation of a biobank for human fat cells and fat tissues and research into how hormones and neuropeptides contribute to inflammatory bowel diseases. In addition, this research can lead to new drug treatments for ailments such as Crohn’s Disease and ulcerative colitis.