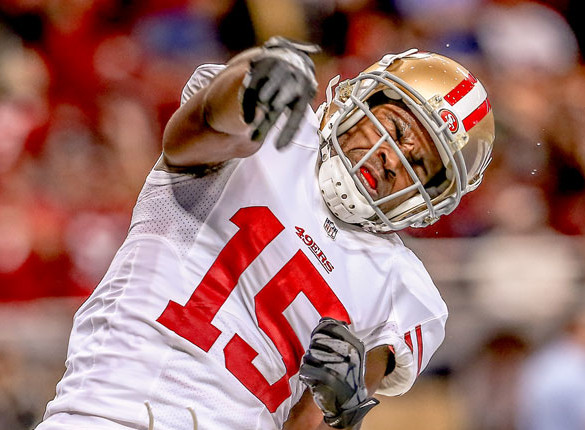 LOUIS—I will admit I was quite worried for the San Francisco 49ers in their game against the St. Louis Rams, but the team found a way to rally to victory 31-17. The Rams whose season has been dismal to begin with, were the first to strike with two touchdowns in the first quarter giving them a 14-0 lead over the 49ers.

It looked like the 49ers were out of energy for most of the first half, but they found a way to rebound in the second quarter grabbing a touchdown and field goal to cut their opponents lead to only 4-points at half-time. Half-time proved to be effective for SF as they returned to the game fully energized.

SF quarterback Colin Kaepernick completed 22 of 36 passes in the game and had a total of 343 yards, while Rams quarterback Austin Davis completed 21 of 42 passes and 236 yards in the game. Both teams limited themselves to just 1 turnover during the game. The 49ers will next face the Denver Broncos on Sunday, October 19.