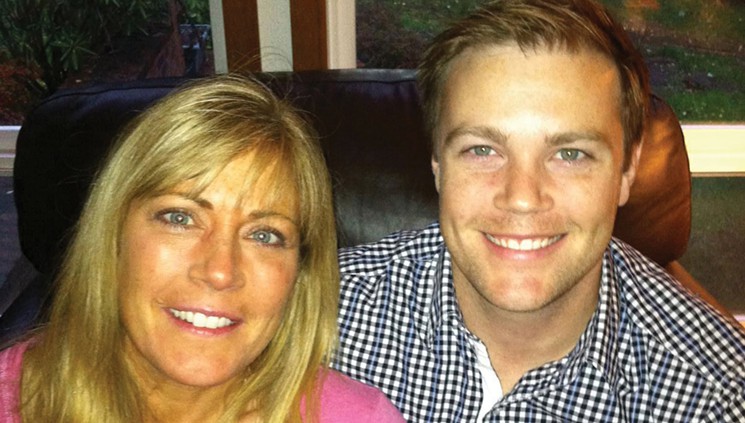 WEST HOLLYWOOD—A $5 million settlement was approved by the Los Angeles County Sheriff’s Department on Tuesday, August 4, with the family of a young local transplant who deputies mistakenly shot and killed outside of a West Hollywood apartment.

John Winkler, 30, a TV production assistant who recently moved to Southern California from Seattle, was hit once in the chest when three deputies opened fire on him and another hostage while trying to escape an attacker inside the apartment complex on April 7, 2014.

The attacker, Alexander McDonald, 28, was with Winkler and his friends inside the apartment  and pulled a knife on the group, according to officials.

In a statement issued the night of Winkler’s death, authorities said, “The apartment door suddenly opened and a male victim came rushing out. He was covered in blood and bleeding profusely from the neck. Simultaneously, Winkler ran out of the door, lunging at the back of the fleeing victim. Both ran directly at the deputies.”

The unidentified “male victim” at the time turned out to be Liam Mulligan, a friend of Winkler’s and McDonald’s roommate.

Officials said Winkler fit the general description of the suspect – a young white male wearing a black shirt – and when he fled the apartment alongside Mulligan, deputies believed Winkler to be the assailant.

Winkler later died at a local hospital from injuries he sustained. Mulligan was stabbed in the neck by McDonald and then shot in the leg by deputies during the escape. He has also filed a claim for a $25 million payment.

Despite the settlement agreed upon in Winkler’s death, his mother, Lisa Ostegren, claims she isn’t sold on the story the deputies are giving her and she wants more answers.

“To even the most jaded bystander, it is clear that the Sheriff’s deputy who mistakenly shot and killed my son was either horribly trained, or simply ignored the established procedures,” Ostegren said in a statement released Tuesday after the settlement was approved. “I won’t allow them to sweep this under the rug by writing a check; they have to stand and deliver.”

According to Sim Osborn, the family attorney, Winkler’s family made sure the settlement required a plan to be developed that outlines the training and procedures by the Sheriff’s department in similar hostage situations. The goal moving forward is to ensure this type of mistake doesn’t happen again.

McDonald was arrested and pleaded not guilty to several felony charges and according to jail records, he’s still in custody and his bail is set at $4.1 million.

“It is a tragedy when any parent loses a child, but learning that John was killed by those sworn to protect him is almost too much to comprehend,” said Ostegren in the statement. “There hasn’t been a single day in which John’s death doesn’t bring me to tears, and I can’t image a day in which I will stop grieving over him.”