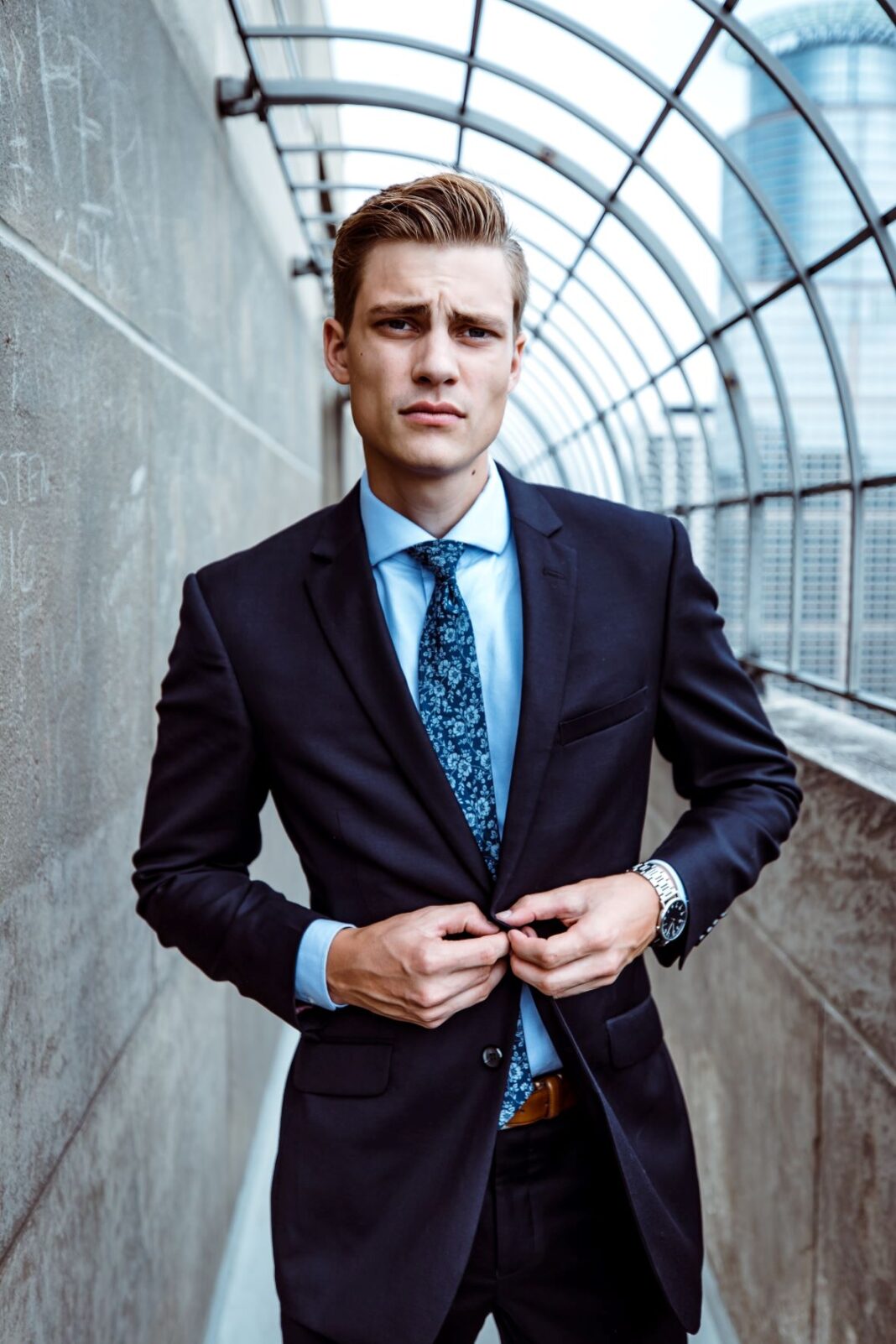 UNITED STATES—If you ask any woman, she will gladly tell you that there is something quite sexy about a fashion-conscious man. He always seems to have just the right outfit on for any occasion, no matter what it might be, and the clothes he chooses will fit his body perfectly. Any ‘perceived’ flaw will never be visible because he has learned how to bring the focus of his fashions elsewhere and if you could find anything at all that you would want hidden, it would be a miracle.

Fashion-conscious men are just that in-tune with their bodies and know how to dress for the full effect. That would be a suitable fashion for wherever he happens to find himself at any time of the day or night and in any social circle. With that said, do you know what those things are that fashion-conscious men don’t want you to know about their body? Don’t tell, but we’re here to tell you their best kept secrets!

Oddly, you will rarely see a well-dressed man wearing a pair of glasses unless they are chosen for the effect. For example, he’s more likely to wear contact lenses to change the color of his eyes rather than wearing a Clark Kent style rim that went out with our belief in superheroes. However, he will don a pair of designer prescription glasses if the frames are fashioned by Ray-Ban.

Then there are hearing aids. Fashion-conscious men are likely to shop from online merchants where they can do everything from testing their hearing to choosing the type of aid that isn’t readily visible to the naked eye. He will start at a site like www.phonak.com/us/en/online-hearing-test to see how advanced his hearing loss is and then browse the various advances in technology that make hearing aids invisible on the wearer. It’s not so much about the fact that he’s suffered hearing loss but more important is the fashion statement he is after. In other words, a fashion-conscious man doesn’t want to call attention to any part of the body that can’t be enhanced with the latest styles.

Depending on the look he is after, most fashionable men don’t want to expose any hair on their backs or chests. Have you noticed men in all the latest flicks? You rarely see an actor with the top few buttons of shirts undone if they have hairy chests. It leaves you to wonder if they just aren’t making hairy men anymore! Do they really come with chests and backs as smooth as a baby’s behind? It might seem so if you take the time to see that surfer head into the water with his back to the camera. Why don’t they have any hair on their backs? It’s not like it’s going to plug the drain on Waikiki Beach! Oh, that’s right, there isn’t one! It must be a fashion thing.

Have you ever wondered where the term “red neck” came from? Actually, it’s a well-known fact that farmers and other men who make their living out in the direct sunlight have the skin on their necks ‘cooked’ to varying shades of red. There is something almost derogatory about being called a farmer or a red neck in fashionable circles where metro-men gather and so they do everything humanly possible to disguise that telltale sunburned neck or the point at which the tan on their forearms suddenly stops at the biceps. A fashion-conscious man who works any amount of time outdoors does everything possible to hide or disguise body tones that are irregular.

It may seem a little funny at times how a man will not want hair on their chest or back but will do everything in their power to disguise baldness on their heads. The problem isn’t when men go totally bald but when they have areas of baldness. For example, baseball players who wear a cap most of their waking hours are known to develop patches of baldness on the top of their heads.

However, there is something genetic much of the time, resulting in men who are predisposed to losing the hair on the top of their heads. Men will spend tens of thousands of dollars for hair replacement therapies but will think nothing of shaving the unwanted hair off their chests. Sorry guys, you’ll need help with your backs, but that can be fun if the right person is holding the razor!

You would think that the days where men had to flaunt their machismo were gone, but sadly they will do everything in their power to hide smaller statures. For just a moment think about actors like Tom Cruise. You would have never guessed in his earlier films that most of his leading ladies were taller than he was. Quite often fashion-conscious men have special shoes crafted for them that have inserts giving them the appearance of being at least an inch or two taller than they actually are.

So many male celebrities insisted on shots being taken during filming that disguised their shorter heights. From rock stars to movie stars, the angle at which shots are filmed can be deceiving! If a man wants to appear taller for his female fans, the camera and today’s cinematographers can make that happen!