HOLLYWOOD—TV producer, writer and actor, Billy Van Zandt, has published a tell-all memoir about life behind some of America’s most memorable sitcoms. Matthew Perry, Martin Lawrence, Frank Sinatra, Andrew Dice Clay, Lucille Ball, Penny Marshall, Brooke Shields, the Wayans Bros., and Rosie O’Donnell are just some of the names readers will recognize in this rollicking read.

Together with his late writing partner, Jane Milmore, the team produced more than 300 hours of sitcoms, including “Newhart,”  “Martin” which won them a People’s Choice Award and two NAACP Image Awards, “The Hughleys,” “Suddenly Susan” with Brooke Shields, “The Wayans Bros.,” and “I Love Lucy: The Very First Show” which won them an Emmy nomination, just to name a few. Van Zandt and Milmore also authored and starred in 23 plays including their final play, “The Boomer Boys Musical.” As two of the most playwrights in the world, this partnership began at a high school drama competition. 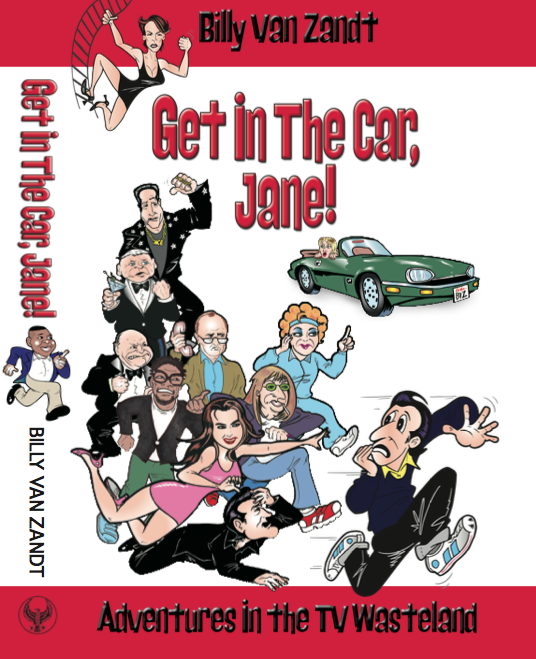 On the big screen, Billy made his movie acting debut in “Jaws 2,” and appeared in “Taps” with Tom Cruise and Sean Penn; Star Trek: the Motion Picture,” and “A Wake in Providence” written by Billy and Jane, which won the Audience Award at both the Fort Lauderdale International Film Festival and the Boston Film Festival.

Van Zandt had kept journals on all the TV shows he wrote or produced and chose the stories that got the biggest laughs at dinner parties for this book.

This hilarious read is also an invaluable and insightful guide to writing and producing sitcoms. GET IN THE CAR, JANE! is a book for everybody who’s ever been passionate about their work and frustrated with the obstacles they need to overcome just to do their job.

Get In The Car, Jane! is available on Amazon: bit.ly/GetInTheCarJane. For more information, visit www.vanzandtmilmore.com.