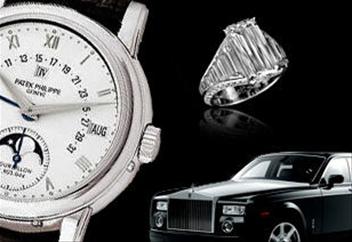 HOLLYWOOD —On March 12, a man accused of helping teenage robbers buy and sell stolen luxury items from the Hollywood homes of young celebrities has pled no contest to several felonies, according to officials.

Ajar, who formerly worked as a part-time club promoter at Hollywood’s Les Deux nightclub, had previously been in hiding since the beginning of the case, yet a search warrant conducted on his home later revealed that guns and prescription drugs were in his possession. Among the items seized were a handgun belonging to Brian Austin Green, a diamond-encrusted Cartier Tiger watch and jewelry items that had been reported as stolen by celebrities. He has spent 37 months in federal prison from 2002, pleading no contest to three felony counts including possessing drugs for sale, possessing a firearm by a convicted felon and receiving stolen property. Initially charged with 12 felony counts with the possibility of receiving a minimum of 15 years in state prison, Ajar is now slated to receive a sentencing of three years on April 15.

Ajar is the main suspect in the notorious “bling ring,” consisting of mostly young female students at Indian Hills Continuation High School in Agoura Hills who reportedly had a fondness of luxury items popular with young celebrities. Several of the accused are currently awaiting trial.