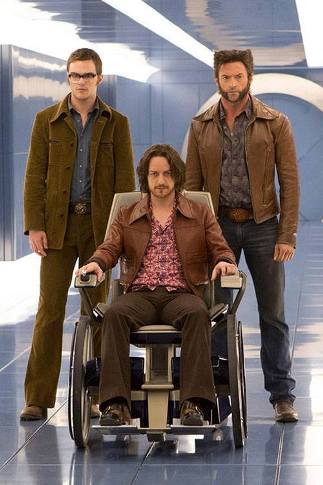 HOLLYWOOD-It was a busy time at the box-office during the Memorial Day holiday weekend. It appears mutants were on everyone’s mind, as “X-Men: Days of Future Past” exceeded expectations with a hefty haul of $111 million.

The movie nearly doubled what its predecessor “X-Men: First Class” made during its opening weekend in 2011. Audiences are well aware that the next installment for the franchise “X-Men: Apocalypse” will arrive in 2016, with even more anticipation.

Landing in the #2 spot, was last week’s champ “Godzilla,” adding on another $39 million to its total. The film dropped more than 50 percent in its second week, but has still amounted more than $150 million in just two weeks. Impressive to say the least!

Landing into the #3 spot was the Adam Sandler and Drew Barrymore comedy “Blended” with a disappointing $18.19 million; guess its safe to say, “Blended” won’t stay in theaters more than another week or so. Speaking of comedies, “Neighbors” continues to deliver laughs to audiences netting another $17.2 million to grab the #4 spot. After just three weeks, the movie is only $4 million shy of hitting $120 million.

The X-Men weren’t the only superheroes at the box-office as “The Amazing Spiderman 2″ added another $10 million to its total.  This week will be a battle of kids versus another raunchy comedy as Angelina Jolie sends chills in “Maleficent” and Seth MacFarlane hopes to strike magic twice with his comedy “A Million Ways To Die in the West” starring Charlize Theron.