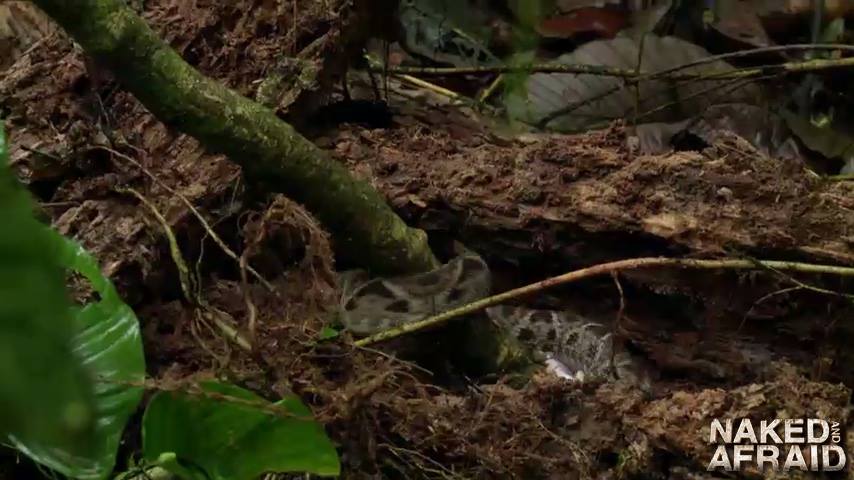 HOLLYWOOD-The things on television nowadays are quite interesting to say the least. I recently stumbled upon a reality phenomenon on the Discovery Channel known as “Naked and Afraid.” It kind of got my attention fairly quickly and before you know it I had already watched three to four episodes without even blinking.

The entire time I’m watching this reality show, I couldn’t help but ask myself, “How real is this?” As many of you know, I’m no advocate for reality shows because let’s face it, how do we really know what is being depicted is the entire truth without any filter? We don’t, and that is the skepticism that continued to pop into my mind while watching this series that followed one man and one woman who attempt to spend 21 days in the wilderness forced to find shelter, food and survive from all of the treacherous creatures in the world.

Each environment provides its own share of challenges, some being the excessive heat, others being the humid swamp waters, where unexpected things like snakes, alligators, incessant insects and Mother Nature play an epic role. The one concept that perhaps scares me the most is the idea of these individuals walking barefoot in environments where all dangerous things are out to get them.

Stepping on an unexpected venomous snake could be detrimental to most parties, or perhaps flesh eating ants, flies, spiders, or creatures of the wild. I will admit it sounds frightening just talking about it, but then I realized they’re being filmed this entire time. So while they might be “naked,” they aren’t really “afraid.” I mean its not like it’s just the guy and the girl in the wilderness, there is a camera crew capturing all this craziness while it takes place.

I would be a little more open to the concept if the man and the woman were the ones filming things with cameras glued to their head, but that’s not the case here. There was one episode where it seemed like none of the participants were able to deal with the harsh conditions of the Amazon. It’s a place that has its fair share of surprises, and this location literally had contestants dropping like flies. My biggest gripe is not so much seeing the savagery that takes place with killing animals for survival, but the fact that the contestants embraced being naked in such environments.

Why not attempt to utilize the items in these regions to create some form of clothing to protect vulnerable parts of the body like your private areas, but most importantly your FEET? I couldn’t imagine walking through a forest without having something to protect my feet. Not just from the countless creatures that are waiting for a meal, but the fact that infection can take place. A major cut without treatment could lead one down a dangerous path.

So far, we’ve seen all contestants in climates that are particularly warm, is there a chance the series will raise the stakes by placing participants in a region where Mother Nature isn’t as forgiving? Not likely, remember they are naked, but it could happen. Perhaps shelter will be given, but finding food and the resources to survive is another story. The interesting factoid about the show is that it tests the human spirit, but more importantly our fight to survive when placed a situation unlike any other.

While “Naked and Afraid” may not be a true slice of reality, it does force the spectator to ask the question, “What would I do if I were placed in that situation?” “Naked and Afraid” airs Sundays at 10 p.m. on the Discovery Channel.