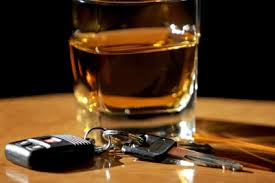 Police officials have stated that the suspected motorist began to lose control of his vehicle as he crashed into an “above-ground water main” traveling along the northbound shoulder of the Pacific Coast Highway near the California Incline, sending bursts of water into the air at a maximum reported height of 150 feet.

In the process, the water pressure eroded a hillside that runs along the highway and as a result, a mixture of mud and debris flooded the lanes soon after, forcing officials to close off the PCH from the McClure Tunnel to the California Incline as well as all westbound roadways of the 10 Freeway at Lincoln Boulevard.

The driver’s identity has not yet been released, but as of late, news reports have stated that the suspect is now “facing a list of charges,” and more outside developments of the incident are still being investigated.