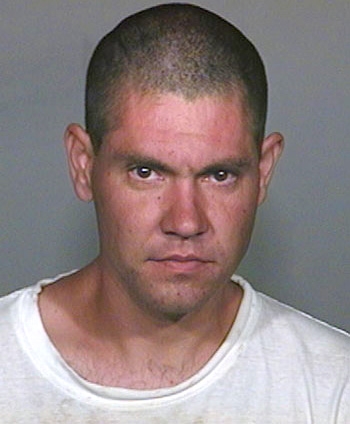 SHERMAN OAKS—Nathan Lee Parada, the 32-year-old Redlands, Calif. man who is alleged to have appeared at Paris Hilton’s Sherman Oaks home on August 24 at 6:30 a.m. while brandishing twin knives, pleaded not guilty to one count of attempted residential burglary on Tuesday, December 28, in Van Nuys Superior Court.
On the morning of the incident, Hilton’s boyfriend, Cy Waits, responded to a man banging on her home’s windows, after the two spotted him on the home’s video surveillance system. It was then that someone in the house contacted police, who arrested Parada. The suspect, who is 5 feet 10 inches tall and 178 pounds, never entered her residence.

Two police witnesses testified at Parada’s court hearing on Tuesday, December 14, to Judge Leland Harris, who deemed there to be sufficient evidence to proceed with the trial.

Hilton announced the incident on Twitter stating, “So Scary, just got woken up to a guy trying to break into my house holding 2 big knifes [sic]. Cops are here arresting him.” Hilton herself also took pictures of the event, including ones showing Parada in handcuffs.

It is not known if the suspect was targeting Hilton or her home. Hilton’s residence has fallen victim to burglaries in the past, most notably from members of the so-called “Bling Ring” gang.