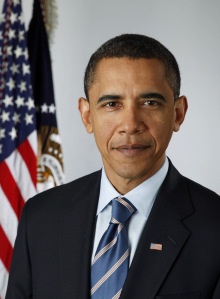 WASHINGTON D.C. —Long live the queen and king in American politics. With Barack Obama on course to become as ineffectual as his predecessor George Walker Bush and Sarah Palin ascended to the throne as the queen of the Tea Party, the nation is solidly on the path to more destruction. How very sad, a man who took power and was ushered into the White House as a direct result of President Bush’s incompetence and Senator McCain’s bad judgement in choosing Sarah Palin as his running mate, is now facing looming deficits, wars he never believed in and is helping to create even more deficits while the Democrats and Republicans in Congress pander to their base. Luckily Obama has stood behind the military, which is something even President Bush had to be forced by Senators McCain and [John] Warner to do when he was faced with a failing strategy in Iraq and ignored for almost a year the advice of the Generals on the ground in the war zone.

President Obama had a great opportunity for true bipartisanship, not with Washington politicians who have become megalomaniacs who want more and more power. Yes, not just Nancy Pelosi and the Democrats, but the Republicans as well. Instead of battling our outrageous deficits and working on strengthening small businesses and cutting taxes so that these enterprises could then hire more people, the president decided to harp for a solid year on a failing healthcare system. One that is not only not a failure, but we have the best healthcare system in the world. Liberals want to live like the Europeans; however, they fail to see the tsunami of debt all of Europe is sinking in because of socialized medicine and other socialist policies. While his detractors kept the drumbeat of “he’s a Muslim, he’s an Arab, he’s a terrorist, he’s a Marxist” going far too long and have now essentially made themselves silly and irrelevant to any thinking serious American.

The solution to all of this? Not the Tea Party or it’s reigning queen. How outlandish to call Ms. Palin the queen of the Tea Party, when just months ago, she could not stand the heat in Alaskan politics and quit her job as Governor of the state, only to now claim she may run for the presidency in 2012. If she thought a few fishermen were brutal and unfair, what is she going to do when the Washington establishment, including her own party turns on her, which they do to every president they elect? Sarah Palin for president is one sure bet that Barack Obama will be a two-term president. Republicans constantly celebrate their wins too quickly. In the mid ”˜90s does anyone remember House Speaker Gingrich strolling out along with House Republicans on the Capitol steps as proud as peacocks that they had taken over the House and Senate after almost 50 years of being in the wilderness and the minority party? Within a year, President Clinton in a showdown over the U.S. Government’s budget essentially shut down the government and was brilliant enough politically to blame Republicans for it and the public believed it and the Republican Party took a bad beating.

This past month a Senate seat in the Commonwealth of Massachusetts was taken by a man, who did not claim to be a Republican but ran as an Independent. A seat Senator Edward Moore [Ted] Kennedy had been finding harder and harder to protect for himself, a Massachusetts Kennedy no doubt. However, Republicans celebrated with such joy. I could hardly keep up with the e-mails claiming he won because of Obama’s healthcare debacle. Never thinking about the fact the man never claimed once in his speeches or ads to be a Republican, equally as hated by citizens in our great nation as the Democrats. When voters were asked during exit polling what was the number one reason they voted for the newly elected Senator, they said, it was the Obama administration’s handling of terror suspects. Why would independents who voted for and still support their state’s socialized medical system, which was created by a Republican Governor Mitt Romney, be against Obama’s socialized medical system? They are not. Yet, Republicans believe what they want, just as Nancy Pelosi and her Democrats believe whatever they want to believe. The public is just as misguided as their leaders.

Where as Obama was once as powerful and popular as the late Prime Minister Winston Churchill during his term, the man lacks the real will to do the right thing for the country first, as Churchill did to his own political detriment. That’s a real hero. When you think of the Tea Party, which has been forcibly toned down by the Republican establishment to stop making racist picket signs and making racist statements about the president, now has Sarah Palin as their queen, and it’s quite scary. My grandmother told me over 40 years ago, “Just because people made it politically incorrect to stop wearing hoods and sheets on one’s head, that did not change the hearts and souls of people who have such ignorant and biased beliefs.”

Governor Palin, a queen? Elizabeth I of England defeated the Spanish Armada and fought for religious freedom in very religious intolerant England and Europe, Queen Isabella the Great of Spain sent Columbus to find the New World, Queen Victoria of England created with her life and style a whole movement in the West called the Victorian era and Catherine the Great defeated her male adversaries to become Russia’s greatest Czar. Ms. Palin has to write “cheat notes” in the palm of her hands to remember “energy, cut taxes and make the American people feel good,” during an interview with a Tea Party member and she’s being called a queen? America, Barack Obama is no Winston Churchill and Sarah Palin is no queen.

Please remember our troops who fight on the front lines of two wars in Afghanistan and Iraq, who are often forgotten and rarely appreciated for their real sacrifices for our nation’s freedom and the freedom of the world. Please remember their families as well. Make dinner for a soldier’s family, offer to take a child, who has a parent in Iraq or Afghanistan to their piano lessons or afterschool events. Make a difference in the lives of our soldier’s families. That’s what they tell me on a daily basis they wish their nation would do while they are unable to parent and be there for their families on the home front.