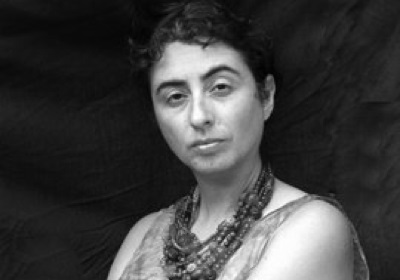 MELROSE—The National Council of Jewish Women/ Los Angeles (NCJW/LA) will present their fifth art gallery on Sunday, November 24 from 3:00 p.m. to 6:00 p.m. The artist, Ann Krasner, will be displaying her showcase, “A Dialogue with Colors.” Canyon News spoke with Carrie Jacoves for additional details about the event.

Jacoves said that the art gallery is a fairly new event, started only last year; the art event occurs four to five times a year. She explained the purpose of the art gallery was to help enable women to have an outlet to show their works; as well as men, if they were displaying images pertinent to the Jewish Culture.

Krasner was born in Moscow in 1967. She grew up with an interest in a wide range of subjects such as science, music, photography, ballet, and theater. She graduated second in her class from a special two-year college of foreign languages. She later attended the Moscow Institute of Chemical Industry where she graduated with a Master of Sciences in Technical Cybernetics and Automation and married her husband, Paul Krasner, before the age of 20, in 1987. Three years after moving from Russia in 1988, she had her first child, Danielle.  In 1996, Krasner pursued a business degree from the University ofLa Verne.

In 1997, Ann became more noted for her artistic works, winning various awards. Her artworks have been displayed all over the world including, but not limited to: Catalonia and Barcelona, Spain, London, England, New York; and various cities all over California.

Performing a special piano recital at the event with Krasner is her son, Benjamin Krasner. He is only 13, but currently attends Pierce College. Jacoves told Canyon News that young Benjamin Krasner will be transferring from his current college to the California State University of Northridge.

The Art Gallery event will be held at the National Council of Jewish Women’s Council House at 543 North Fairfax Avenue.