HOLLYWOOD—After eight years since he last directed a film, Charlie Kaufman is back, unexpectedly, with an R-rated stop motion animation; but also very well expectedly, with his signature razor-sharp insight into the deepest human emotions.

On its surface, “Anomalisa” tells a seemingly all-too-simple story about a depressed man on a business trip, searching for excitement out of his mundane life. However, underneath the simple storyline with puppet characters, it addresses the toughest questions real humans have been attempting to solve for hundreds of years yet still cannot conclude affirmative answers to. What is love? What is hope? What does it feel like to love and to hope? And what does it feel like when there’s neither love nor hope left in life? Or, to quote its hero Michael Stone (voiced by David Thewlis): “What is it to be human? What is it to ache?” 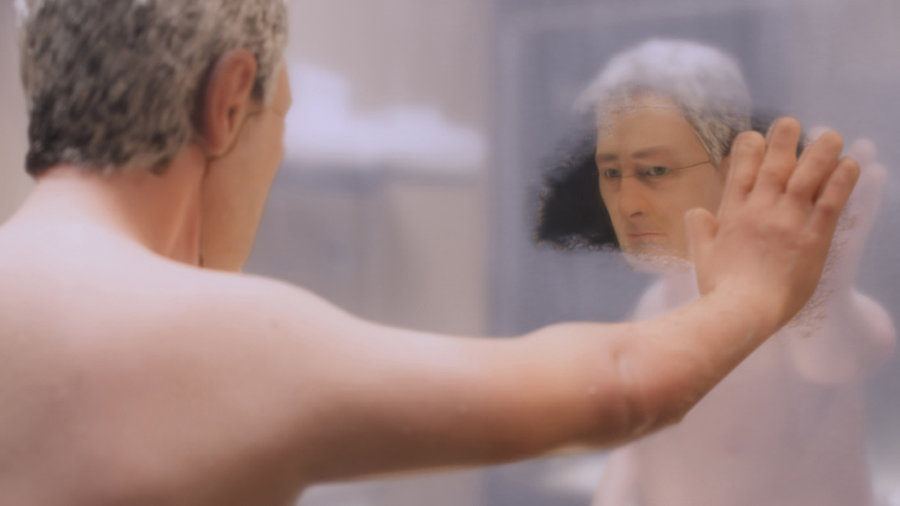 In the world “Anomalisa” creates, or in other words, the world through Michael Stone’s eyes, everyone has the same face and the same voice (Tom Noonan’s voice). No matter if it’s the taxi driver, the hotel manager, his previous girlfriend, or his current wife and son, they all have the identically common face, and they all sound calmly-yet-boringly the same. Only one girl Lisa (voiced by Jennifer Jason Leigh) remains different. She’s the only anomaly in Michael Stone’s entire universe.

The bizarreness of the setting at its first look soon shifts into a somewhat controversial, but extremely romantic sentiment when the hero meets the one and only special girl in his life. However, before long, it turns out the love story is not only short-lived, but also not-at-all real. The suffocating despair comes right along as the story progresses to the point where Lisa’s distinct voice starts to fade into the sea of indistinguishable mundanity. She’s not special after all. No one’s ever special. The theme of the film surfaces as the hero accepts the ultimate desolation of life: happiness is transient and hope is nothing but an illusion.

Now, you may think that sounds almost too sad and too depressing to be true; however, if you ask yourself with absolute honesty, everyone really is ultimately alone, isn’t it? John Donne’s poem may have convinced millions that “No man is an island,” but “Anomalisa” strikes a strong contradiction arguing that everyone is an island.

The brutality and the realness of human nature that “Anomalisa” manages to display is something even live actions can rarely touch upon. Duke Johnson and Charlie Kaufman have expertly done an enormous amount of unbelievable heavy liftings with a 90-minute animated film set only in five locations.

Like a psychoanalysis report of the entire human race, “Anomalisa” digs so deep into human emotions that it should not be an overstatement to say that it is truly a masterpiece.