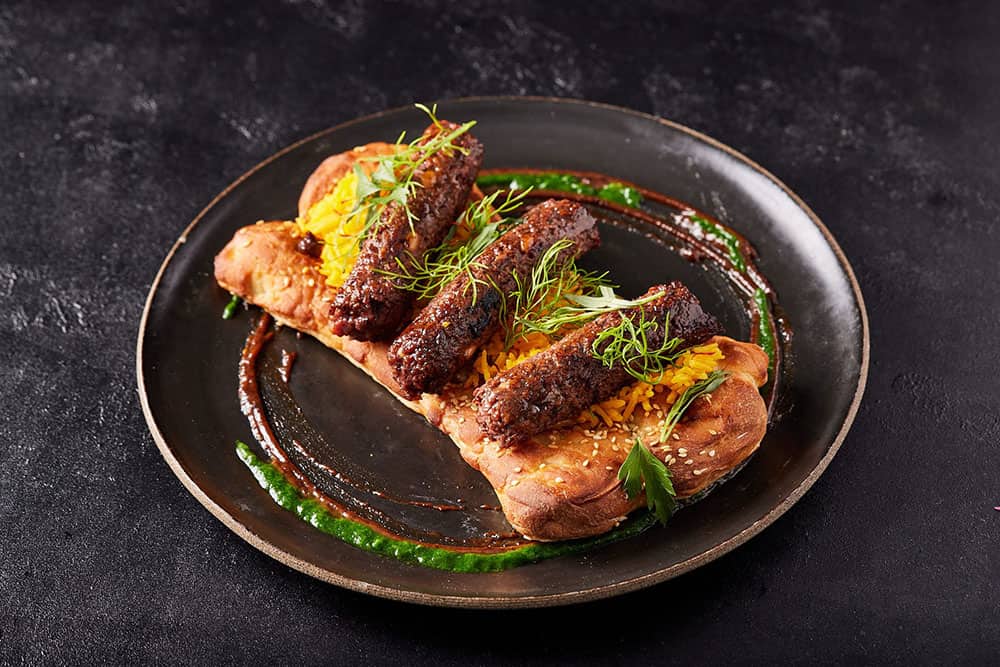 UNITED STATES—It’s not entirely surprising that – as we live in a capitalist society – ‘big meat’ companies are smelling blood in the water when it comes to fake meat companies. Two recent reports indicate food conglomerates are potentially on the road to pushing out a good chunk of the smaller producers of meat alternatives. So-called ‘big meat’ is teaming up with food giants that already have a stake in close to 80% of the alternative meat market. There are, of course, two ways to look at these developments. One is to bemoan the ‘gentrification’ of formerly ‘pure’ companies that were established with mission statements that went beyond profit to include helping reduce climate change, tackling the obesity crisis, and helping provide nutrition to a fast-growing human population. Worries that investments from big meat could stifle innovation are not completely unfounded as it’s rare to never that large investments are made without strings attached. But countering those arguments is the fact that large conglomerates mean major distribution potential that includes everything from big box stores to major grocery chains to convenience stores and mom and pop corner shops. You want to sell your alternative meat product, not simply have it. Creating new meat substitutes is meaningless unless they end up on the dinner table.

But aside from questions over who’s financing who and how that may affect integrity or distribution, another question many have been pondering relates to the products themselves. We’ve heard or read stories about ‘game-changing’ meat substitutes (as well as other substitutes for animal protein such as alternatives for eggs and milk, etc.). But do these products live up to the hype? We’re happy to report that the answer is increasingly appearing to be ‘yes’. The products available from well-known suppliers such as Beyond Meat or the Impossible Burger have been far surpassed by items created by startups around the world – but most notably, companies in Israel. The Jewish state may not immediately strike some as the incubator of vegan revolutions, but perhaps they are succeeding precisely because Israel isn’t a center for new-age dreams, but instead a place with its feet firmly on the ground. And a place where high-tech startups are taken seriously. –Very seriously. Imagine a vegan meat company that has butchers, barbecue experts, chefs, and taste testers on the payroll – alongside the AI algorithm crunchers and other scientists – because they understand that if their product doesn’t really taste like meat it isn’t going to fly. Then bring in a 3D printer.

By printing layers of plant-based alternative meat, one layer can be ‘alternative fat’ while another can be ‘alternative muscle.’ The product that you’re left with is ‘alternative steak’ that is being hailed as the closest humanity has come to actually replicating animal flesh. The corporate philosophy of these startups is also different from other, perhaps more idealistic producers. These new ‘new meat’ providers are not anti-meat… in the sense that they don’t think meat is disgusting. Quite the opposite. These folks enjoy the textures and flavors of meat and understand that they are a deeply embedded part of our evolutionary heritage. By recreating these textures and flavors with the help of science, they hope to provide products that would attract even the most rabid meat-eaters. Perhaps not for every meal, but incremental change is change nonetheless, and we need to start somewhere. Not everyone is okay with veggie burgers made of tofu and mashed peas. And let’s be honest, what’s been out there so far has been pretty decent, but you probably wouldn’t get a barbecue expert giving it the thumbs up for “meatiness.” These new products are, however, getting two thumbs up for exactly that.

So, it does seem that the hype is being lived up to. That doesn’t mean there aren’t hurdles to be surmounted. Price parity is a major concern as some alternative products remain too expensive for the general consumer to realistically consider consistently buying. But perhaps some of the mergers with larger corporations we noted at the start of this article will end up being the salvation of alternative protein products, as the conglomerates’ ability to produce at scale will drive down prices to at first parity, and then below ‘real’ meat. When this inevitably occurs, alternatives will become not only a healthier choice for ourselves and our planet but also a smarter choice for monthly budgets. The industry is young and volatility will continue for a time. But we are seeing signs of leveling, and it could be just a few more years before you are enjoying a vegan kabab that is indistinguishable from one made from an animal. And when that point comes, a final question will need to be answered. If a vegan kabab tastes, smells, looks, and even ‘cooks’ like a real kabab… is it not a kabab?