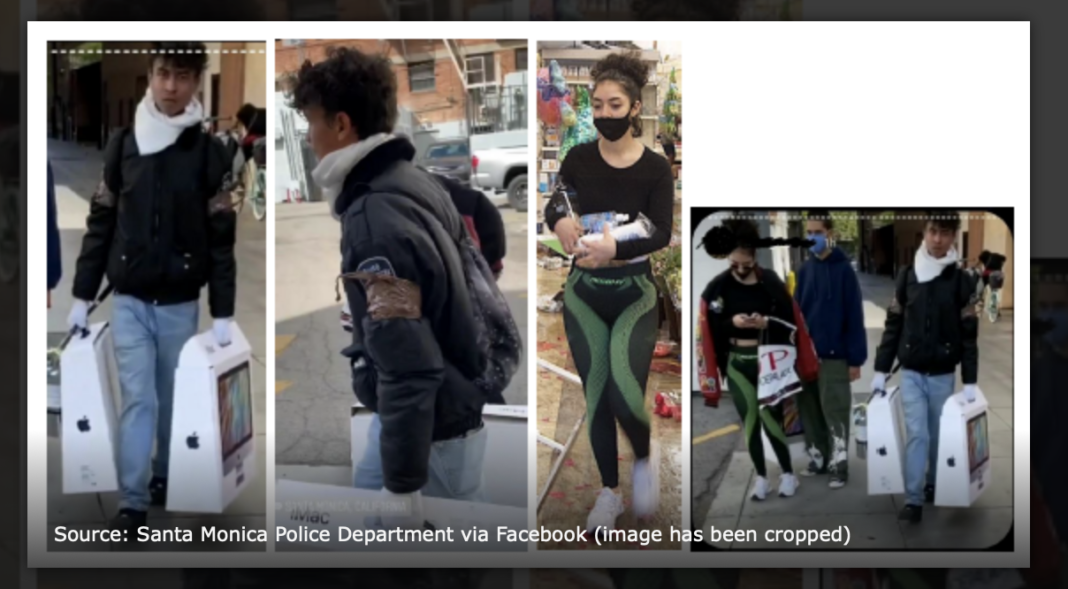 SANTA MONICA—A case of arson occurred on May 31 at the Sake House by Hikari, situated at 401 Santa Monica Blvd. Several social media users claimed that a patch on the shirt of one suspect appears to say “Allied Universal,” which is a security and facilities services company. Allied Universal informed Canyon News that the suspect was not a “current employee.”

There were three suspects photographed, of whom two wore masks and one had a scarf – or bandana – tied around their neck. Two of the suspects carried a combined total of 3 Apple iMacs, but it is unclear if these were purchased or looted. A video of the suspects was released several days later on SMPD social media pages. It can be watched on Twitter and Facebook.

The Santa Monica Police Department and the Bureau of Alcohol, Tobacco, Firearms and Explosives (ATF) announced a reward of up to $5,000 for information related to the arrest of the suspected arsonists.