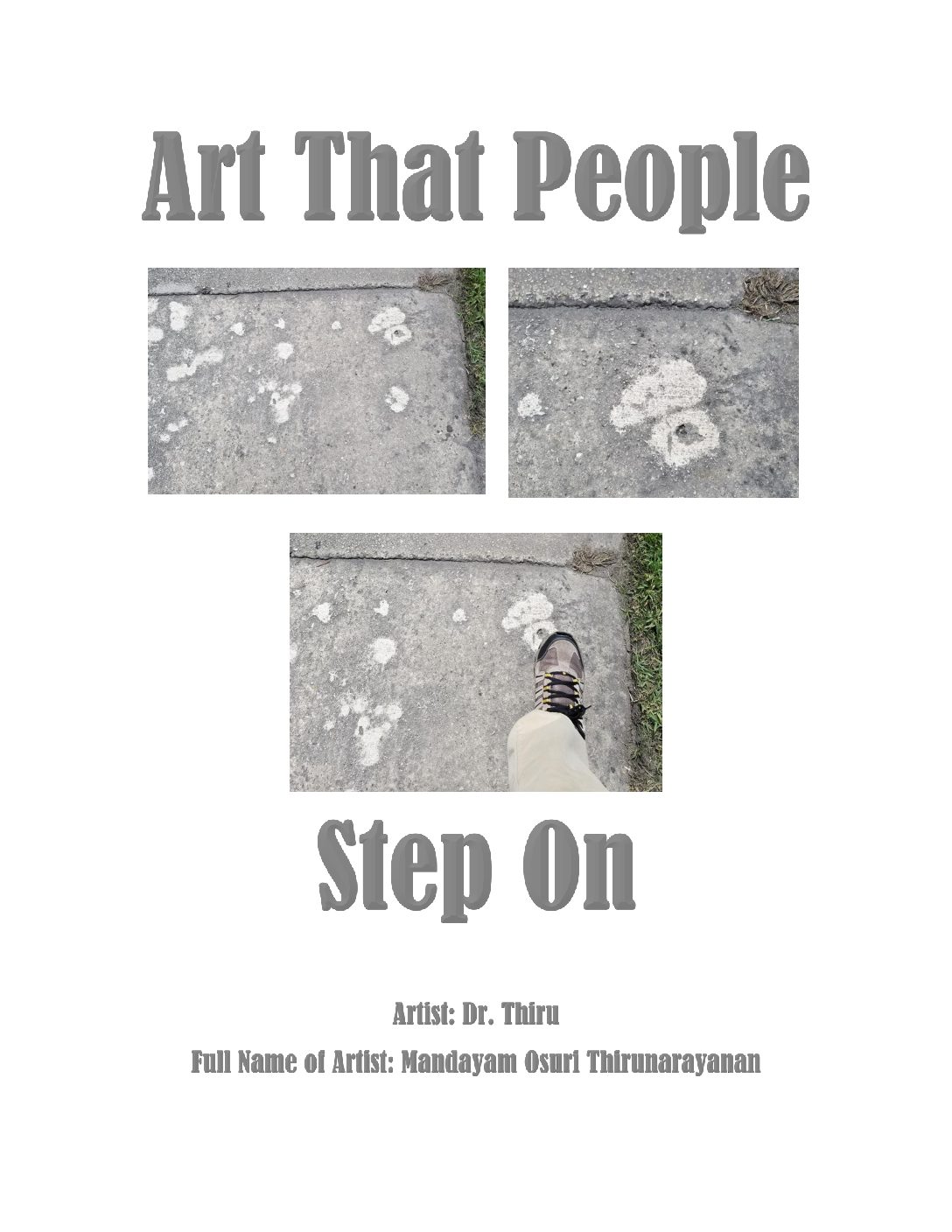 BEVERLY HILLS—Do you walk on paved surfaces? If you live in a big city, the chances are you do. Dr. Thiru, whose full name is Mandayam Osuri Thirunarayanan, lives in Miami and walks a lot on paved surfaces. During his walks, he has noticed that some areas of paved, semi-paved and sometimes even unpaved surfaces look dirty. There are spills, leaks, spit, smudges, repaired areas and areas needing repair that people step on and walk over. Dr. Thiru has also either stepped on or walked over areas that appear to be dirty.

After walking for many years without paying close attention to dirty looking areas, Dr. Thiru finally started taking a closer look at them. At the end of the year 2016, he started looking for things that looked like the symbol (Om) which is a religious and spiritual symbol for Hindus. His efforts resulted in finding only about two dirt marks on floors that were somewhat, but not really close, to looking like .

The time that he spent and the effort he made looking for the symbol \, was not wasted at all. He became better at observing patterns, including art like patterns in dirty looking areas on paved surfaces. Using the camera in his smartphone, Dr. Thiru started taking pictures of patterns that looked like art within dirty looking areas on paved surfaces.

Dr. Thiru either bends over or gets down on his knees when he photographs patterns of art in dirty areas on paved surfaces. To a bystander it may appear as though Dr. Thiru is taking pictures of just the paved surfaces and not the patterns that he observes on the surfaces. In fact a couple of people have asked Dr. Thiru why he was photographing the floor, and he has explained to them what he was really photographing.

The patterns and shapes in the photographs Dr. Thiru has taken resemble both living and non-living objects. For example, an image in one of his photos looks like a bird. The shape of a bird was actually formed by duck droppings that probably mixed with rain water and was dried by sunlight. He calls this photo “Poopy Bird.” 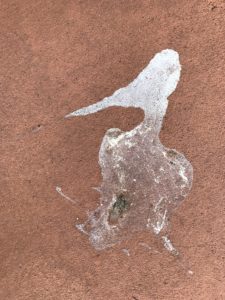 Some of the images that he has photographed portray social problems. As an example, the picture in this article that looks like a face pocked with bullet marks, which he calls “Bullet Face,” depicts gun violence in this country, without taking any sides regarding the problem. But the photo does seem to depict the problem in a way that is very direct and likely to grab the attention of viewers. 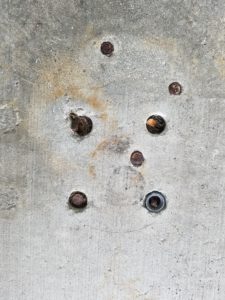 While Dr. Thiru has named some of the pictures based on what he sees in them, others are welcome to decide for themselves what they see in the photographs. There are no right or wrong interpretations.

Dr. Thiru’s works have also been displayed in group exhibitions in Missouri, Florida, and New York.

The search for launched Dr. Thiru’s growing collection of “Art That People Step On.” He wonders what has in store for him in the future.

Dr. Thiru will be displaying a few photos from his collection at the Beverly Hills artSHOW on May 18, and 19, 2019. Visitors can not only view some of his photos but also interact with a couple of photos. He looks forward to meeting and talking to visitors.

Please stop by his assigned space, which is 411.