UNITED STATES—‘True terror is to wake up one morning and discover that your high school class is running the country.’ Kurt Vonnegut

One of the pleasures of turning 50 is that the playground shrinks and those that have the arrogance and ignorance to think they know how to control it all can be undermined by those who have evolved: The Evolved know themselves and know their opponent better than their opponent knows anything outside of their own box. For invariably the Artist’s opponent is inside a box. Staying inside the box is one of the biggest mistakes a professional Square can make.

Here I am back in the playground fighting adults who are using childish tactics to impose a form of torture akin to a storyline from an early 80s psych thriller such as ‘Blow Out’. Psycho because they have recruited others in an extended web of deceit from within local government, professional bodies and award winning companies such as BKL Tax, Bromley Council, The Office of Public Guardian and the elderly Care Services employed at great expense to ‘help’ my mother. I write this with confidence based on investigative evidence and the fact that their unrelenting delusional bullying caught them out time and time again: They have confessed their own undoing in emails. 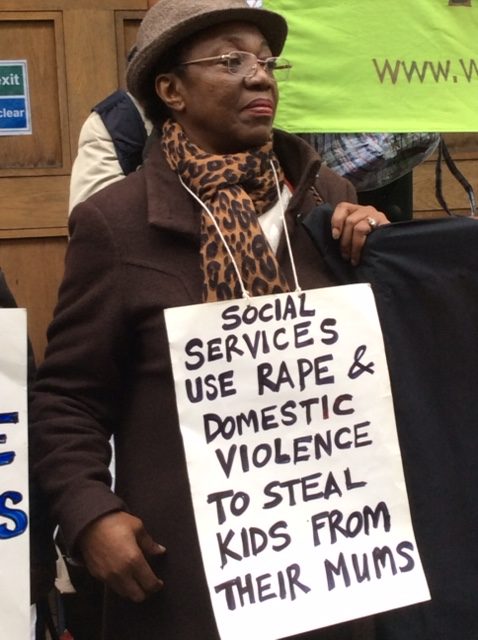 GANG v HIGGINS Pt 2 is in the cards: The Court Of Protection. I hold all the Aces. That is if TRUTH v LIES and rightful Justice is served this time around.

GANG v HIGGINS Pt 1 happened on Dec 22nd in East London Family Court, Canary Wharf. I was taking my brothers to court on a Non-Molestation Order & an Occupation Order to move back in with mum. We’d been harassed into homelessness since that mid March 2016 Social Services meeting. Sleeping on the floor at a friend’s house in Chislehurst. Two of the three brothers were in court. Brother Antony realized fourteen months ago that I was going to fight them so he’d jumped ship, scooting off to Mauritius with his equally treacherous wife, Judith Willis a solicitor. Dr Higgins’ young, smartly suited solicitor sat with his thick book open and in response to the Judge’s opening question immediately pointed to one argument to shut down the Occupation Order and the judge took that as a given. I had no representation. The judge leafed through my oversize pile of evidence while I attempted to summarize, there was so many angles to this story. I felt myself shrink into my10 yr old being. The judge felt judgmental and he took the side of my bullying, lying brother, Nicholas as he sat there going full speed ahead with his lies and aggressively derogatory remarks while waving the Bromley Social Services SA4 report that has over twenty-two provable lies conspired against me.  I started heckling “He’s lying” and Judge Martynfki would reply ‘Ms Gang please…’ Feeling powerless I resorted to politely putting my hand up like a child in class. I was tangent-ing into one of my private, private jokes I’d play to keep myself company when feeling so alone. Brother David and his solicitor sat silently in his inflatable pool of cowardice. At one point I said to the Judge: ’Your Honor, is it now acceptable in British Courts to lie?” I also asked him whether he had read my Statement of Truth that I’d signed. He said he’d glanced over some of it (?) This is why I, or anyone needs representation in court. This is why Legal Aid has diminished. This is how the 1%ers and their cronies are stealing control and taking our power away.

This is how I found out about a British Government approved system whereby Social Services are engaged in Child Trafficking. This is the bigger picture.

It’s been seven long and arduous months since writing Artists v. Stiffs Pt 2. A lot has happened, it will have to go into the book version.

I have my Angles & Angels helping me along in the most dangerous of times, I was getting zero justice from the proper authorities: OPG, Social Services refusing to retract their False Statements or to help my mother: Filing Police reports and Fraud reports on behalf of an elderly, vulnerable person. All the mission statements hold false promises. There is NO Crime Management telephone number. The online Fraud Alert is where Frauds reported are buried, deeply ignored. I got thrown a line of legal hope by Blvd’s singing teacher who turns out to be a magistrate and I persuade Angel 1 to let us stay in her house a little longer to pursue this vital lead. I finally meet a brilliant barrister volunteering and the equally brilliant Family Law legal in Cotmandene Centre, a local center which helps people who don’t have the means to pay a lawyer to guffaw his/her way through lunches and vacations while shuffling limitless amounts of paperwork on the client’s dollar.

Reminder: Beware of the normal looking folk walking around town. Chillingly, you too might walk into a trap whereby there is nothing more ‘crazy-making’ than being surrounded by mind-numbingly dull uncreative types who are deeply toxic, full of bile. Snakes masquerading as sheep with their sugary pleasantries lying sweetly into your face, in front of you about you, to others, who hold certain amounts of Local Authority power. Visualize a kindly, little old lady neighbor, in chintz who has her dismembered sibling squirreled away in the freezer. That is Them. This is Trauma: The length and breadth my brothers and their wives have gone to for over 15 years in a sugarcoated Hate Crime towards my person.

Up to two years ago I really liked and admired my eldest brother Nicholas, but for the past year I have had to powerlessly sit and listen to him victimize me with his lies about me to people equipped to write them down on officially headed papers which he and they perpetuated and then used to tyrannize me with on an ongoing basis in order so my brothers could continue their crimes. I lost three molars in a stress related abscess that ballooned my face into a football mid July 2016. If it hadn’t been for one of my Angels appearing out of the blue to whisk me off to hospital to get antibiotics I would’ve suffered severe poisoning. Corny though it sounds that is the only way to succinctly describe the individuals that appeared and helped me crowd-surf my way through these perilous last two years. Some bullet points:

*Michael Wong has his own extraordinary chapter in the book: Synchronicity in Mutual Friends: Lord Ted Willis. Cryptic Bells.

*End of September there was a helicopter incident costing £16,000:Tweeting in the MET Police: ‘BLAH BLAH Over my dead body…’ pushing to get a response after all the stonewalling, railroading, persecution & discrimination. Within seconds my phone starts blowing up, I hear a helicopter whirring outside. After a while I answer the phone. I know my brother David is gloating with glee, he thinks he’s got me headed into the arms of Bromley Social Services which has morphed Medieval like the worst of Victorian London.

*I found my own Turkish Connection. A long arm of the Turkish Mafia brother David was involved with in ’08? Or just a part time job working the counter in the Belmont Parade Fish & Chip shop opposite The Gordon Arms, a pub no longer Gangster Notorious.

* In November a letter arrives from Bromley Council management. ‘On behalf of Mark Bowen & Ian Payne, Mayor of Bromley…there is no record of your Appeals letter and you’ve run out of time…’ I email them those records along with my middle finger.

*I couldn’t hang on in Chislehurst any longer it was two weeks before the end of Boulevard’s school term. Family Court date approached. An old friend offered us a temporary roof in London. I made up excuses: Head Lice, Allergies, suspected Foot & Mouth, yet still they sent Child Services after me once more. Again I successfully stop the hounds. I am not the one in the wrong. I found B a great new school.

After the eye opener of In-Justice on Dec 22nd I decide its time to focus on my son, appreciate our blessings. I have a few solid friends (DayDay G. Bless) But its fate that I continue the battle: The brothers send me a letter from Hewitson’s solicitors of Cambridge in January with all sorts of pomposity & obnoxious threats including a Feb 2nd deadline. The brothers want the new Will mum wrote making me Sole Executor so that four equal shares are carried out. This is their ultimate downfall this is where they play themselves out.

My strongest position: To remove my brothers as LPAs as they have contravened over seven Laws/Acts. And pin cushion my mother’s current asset manager, Terry Jordan. I have to act fast after the previous six months work on my application to Family Court I must now apply to Court of Protection.

‘Thank you for your letter stating that: ‘As my brothers took our mother for a capacity test on Dec 30,th you as OPG cannot now help my mother ’ I would like to point out that Prof Jacoby declared my mother to lack capacity eight days after her latest fall: Flat on her face with a bump protruding an inch from her forehead. In my opinion the reason for the capacity test so soon after such a fall was more to do with my brothers scrambling to take total control and power over our mother, in an effort to further alienate me thereby also trying to cover up for the numerous MCA 2005 contraventions, The Fraud Act 2006 as well as the laws governing LPAs which include 7.70, 7.60, 14.7, 14.3, 17.69 and others. I myself have been active in 14.5 & 14.6 and it is a shame that OPG has failed in carrying out 14.21. I have put in my Court of Protection application marked Urgent, lets see if 7.74 comes into play.’

These LPAs face up to 5 years jail time.

I go see a QC on Broad St. He brings in five young lawyers for this case study. This case, whistles throughout the a/c in the City of London. I have been calling around the International Law firms for deferred payment options or pro bono help. Doing all the legwork myself. The QC confirms I can take them out.

If I didn’t have the ability to turn this into a creative project thereby distancing myself somewhat from being on the receiving end of so much malice then I would most definitely have had a nervous breakdown by now at the very least. At best I have so far made it through with a crooked jaw-line and an overly stressed, aching body running on that super-human strength people talk about when faced with the grim Abyss when some others are trying to shove you over and into a bottomless dark pit embedded in a beautiful garden with pretty spring trees and chirping birds during mating season. In all seriousness I can say ‘un-remorselessly, they have been trying to kill me in full daylight.’ My foe here, have an attitude that they are better than me and that justifies their passion to continue to harm. Yet they have been found out, it is time for them to pay up, in their lifetime. They are not ‘sorry’ for all the harm they have done to my mother, myself, or my son. Not once did any of them say ‘Enough. Stop.’

FACT: They may be feeling bad about it now only because they got found out.

I have become the Gatekeeper on behalf of my father for my mother: so these terrible people do not add their Karmic Debt to her Safe Travels Through the Frequencies when that time comes.