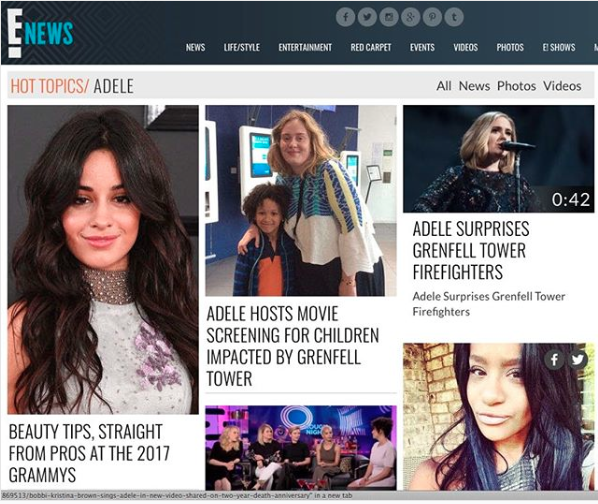 UNITED STATES—‘But who will read these stories, Jane?’  My oldest ‘friend,’ from kindergarten said to me in late 2015: People reveal their true selves over time.

I’m in a reality glitch and a time warp of psychic writing circling like vultures of truth, weighed down by negativity while the force of boundless creative flow fissures an opening upward; ‘Everything awful gets brightened by the sun:’ As this British summer 2018 surpassed the one in 1976. Its gone local to global; A warning; Fire Hazards: ‘don’t fu*k with the Magic Makers unless you expect heavy weather.’ A critical mass of quotes from ‘The Clean Up Saga’ 2014-2015 fall over themselves into this present plural collective that is the non fiction of ‘Artists v. Stiffs’. The world clashes goats & lambs.  This is, therefore Part 4/9:

Summer 2017: I dealt with my corner: Fighting to stay alive by putting safe-guarding into place for myself and my son in order to curb my crooked brothers from any further attempts at burying me quietly so nothing would be traced back to them aka Dirty Hands Free tactics. Staying one step ahead of their game. My local situation reflected the national: Tory Government self-serving, greed became violently exposed to all by the Grenfell Fire tragedy June 2017.

I was busy making moves, preparing for Court date 2. My son was in summer camp at St Clements James Centre where I had been receiving help. There was respite & lovely surprises, Boulevard got to meet Adele along with his friends when she took everyone at camp to see The Minions movie. Boulevard then went on a whirlwind syndicated press tour alongside Adele. We joked that he had more press in that short time than I had achieved over a 44year career. We both got to participate in the Notting Hill Carnival, the steel band, which accompanied St Clements James charity was from Trinidad & Tobago, Boulevard’s heritage. 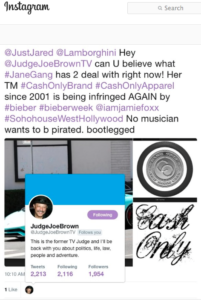 Summer 2018, he was back at camp again. Although rain poured down on Carnival Family day we had fun & declared an official Gang family Lemonade Day: UK Bank Holiday Monday: August 28th in remembrance of Boulevard’s 1st business venture: A lemonade stand on the Monday 2017. He made over £55, mainly in tips. A huge bonus as we only had £7 to last that week. This summer we were doing a whole lot better.

Spring 2017: We were attending Harvest Church through a new friend who is Iranian a great British irony approaches, betrayed by closest family & oldest friends I was reeling emotionally. Once again this mirrored my semi fiction Saga published in the Canyon News & here, in the live reportage of Artist v. Stiffs is proof of the existence of an ultimate benevolence. Proof of God, if you like: As not once was I carried out of hardship & persecution due to having money in my pocket or a place of my own to take refuge in which to regroup. As a testimonial of deep relevance in today’s world this testament is organically woven throughout this non-fiction. My new friend offered her trust in God to me, and the Iranian Christian contingent at Harvest church took myself, and my son in with smiles, practical help and even gave me the collection money for a few weeks.  It was a 360 from Father Paul, Church of England on Chislehurst High St & his ‘well, good luck with all that’ attitude. I sat with my Persian Interpreter as I listened to Pastor Farideh Rastegar make sense of bible verse. I too want to walk on water. ‘Trust in God first.’ Consciousness. Enlightenment. The power of the Word I had been reminded, again.

Spring-Summer 2017: I pour over legalese Trust documents with a charity solicitor I begin to uncover decades of language systems used by the Church & the Courts since way back. The Catholic, C of E Churches & the British courts are generally built the same way; 3 tiers high: Church altar and Judges sit behind a system of the dock & tiny gates. The furniture of the court is to put fear in our hearts. Legalese is purposefully befuddling as most legal documents are open to interpretation: In short, read Mark Christopher & David Wynn Miller. Apparently it’s a math problem.

It got me thinking: If  ‘the conscious mind only perceives thoughts and sentences as positives’ (A trending theory). Then negatives are impacted since birth through language, a conflict is enforced, compounded generationally from Adam’s apple over the centuries … what happens? ‘Thou shalt not steal, Thou shalt not kill & Thou shalt not covert…’ Remove the ‘not’ & let the unconscious thoughts flow: Into conflict. 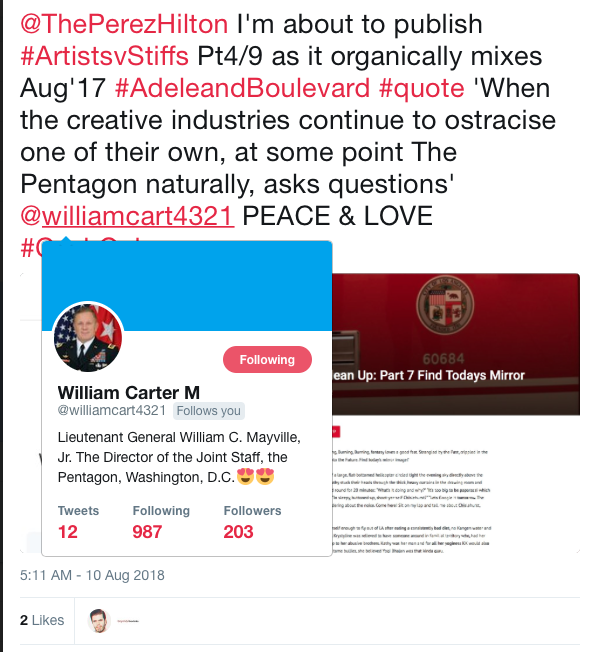 ‘Hear no evil, See no evil, Speak no evil’ becomes ‘Hear evil, See evil, Do evil’ A subliminal message signaling a confused state of mind infesting the majority, our inner turmoil is set up to drain our energy and steal our peace of mind. This is raw mind-control at its core. A linguistic psych out: EVIL LIVE.

Mental ‘illness’ is born of confliction. Born from words, negative thoughts & feelings spread by the unconscious. Thoughts have been engineered to oppose one another by the sum of those who began to teach and write down language. Each mind is in a constant war within itself, with itself. We battle our ‘demons’ although our demons are false constructs and non-organic. A man-made orchestration consuming the mind by occupying forces of thoughts fight it out with the ‘God-consciousness’ that is LOVE, positive, prosperous, equal.

‘And earthly power doth then show likest God’s when mercy season’s justice.’ (The Mercy Speech) The language of the courts used by masters of ‘Law’ can be the enemy of man and the destroyer of women. Only when god is present and prayers are answered, justice, at that right time, lightly lands.

Meanwhile the Old Boys club, the establishment of Rees-Moggs, Boris Johnsons & my brothers sew their corruption into a system where the influx of Europeans or ‘new British’ know not or care if it is corrupted. They have no past experience of how it was before, say 50 years ago. They accept it. They accept the lies: written and spoken. English is their second or third language. We become the Straw man of this new age of expendable Human Resources that is until we crack the code of language that is used against us. In primary schools they still drum it into children: Telling lies is wrong, a punishable offense. British primary schools are a breeding ground for future discontent and impacted mental health issues.

Kids reach their teenage & early 20s, a conflict order has been embedded triggering, on sum level an energetic aggression or lethargy as the truth becomes transparent: Individuals in positions of trust, authority and service are blatant in their mockery of honesty and integrity as amplified by the cast of self-serving Tory (Brexit) Shambles and the Trump Farce mirroring this rollercoaster of leading the majority, into powerlessness. More persons see & experience this truth in our fast paced digital age. 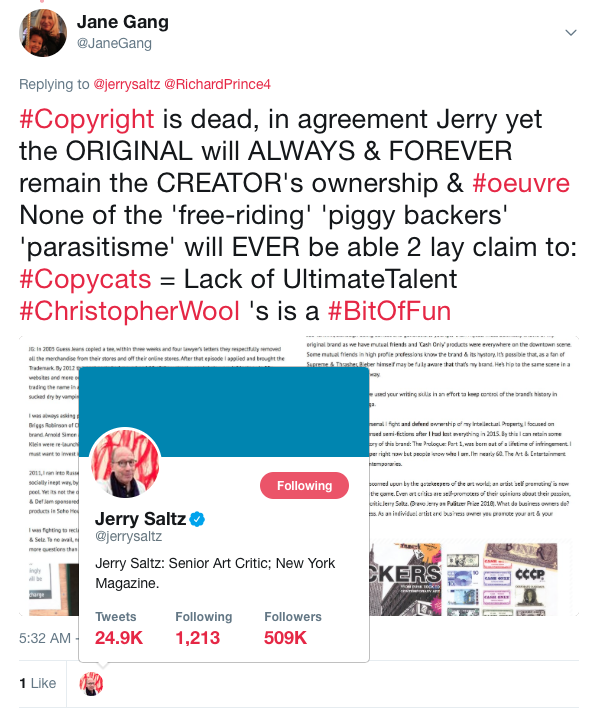 Spring 2018: Another juggernaut of pain reaches me, a Megalodon rises from the Atlantic as Team Bieber skippered by the super, savvy Internet playa Scooter Braun, orchestrates an intellectual property swoop. A professional ID theft on a massive scale: 20 years of my original artistic Legacy is being swallowed up & claimed to be of someone’s else’s fresh creativity: Joe Termini. My street wear brand ‘Cash Only’ infringed upon by Industry titans. Yes, the catchy word flip ‘Cash Only’ onto apparel and other products WAS born out of a body of art, way back in 2001, by myself not by Mr. Termini or Hailey Baldwin as mainstream media, paparazzi You-Tube videos & multiple social media platforms have written repeatedly, exponentially to millions and millions of easily impressionable, tweeting tweens, teens and snowflakes globally compounding this false fact daily.

Just as Adele’s reach & popularity is generated by the digital age with her millions of social media followers and fan base this story floods the mainstream media, syndicated & foreign press & every social media platform out there. Total the base of over 500M at least to start: Scooter Braun, SB_Projects, Justin Bieber, Hailey Baldwin, their fan followers sites, Joe Termini & the many hash tags accruing global reach on a daily basis. This live body snatching is unacceptable. I am still in business www.cashonlyapparel.com with Boulevard as the Face of ‘Cash Only’ since 2012.

I have my brothers cornered in Abuse of Process in the court system, which embarrassingly for them includes Judge Sarah Davis & Alan Eccles CBE, Chief Tory Public Guardian. I turn my attention to this attempt to steal my professional Oeuvre, my own hard grafted Legacy.

Summer 2018: ‘The Meg’ movie comes out, a homogenized, digitally sanitized version of the Psyche Out thriller Jaws 1975. Another psychic example of The Clean Up Saga Pt 1 comes into play as an opposite: As an appropriate authentic, original fit for these times.

Concerning my profession, I get legal representation through my contacts swiftly & court papers will be filed soon. I have two major newspapers awaiting that filing to give me column space. Inaccuracy reported by the rest of mainstream media etc will have to follow. I will overtake Boulevard in press coverage. In April & May some Art world press was in print calling out this ID theft, causing a tiny dent in the digital reach of the Defendants in Gang v. Team Jailey.

This surreal situation prompted me to begin Series 2 of The Clean Up Saga. I wised up a few years ago, wrote & had published ‘The Clean Up Saga’ Dec 2014- Dec 2015, a semi-fiction, a way to secure historical ownership of my original, creative Intellectual Property thereby preserving its future in the face of my many, many infringers. Almost a full circle, cometh. I am feeling lighter.

“I’ve an irrational fear of burning to death.” Natalie blurted, transfixed in a sudden confessional, “I realize that’s what I have to face. I’m 55 years old, this is 2015, I’ve been letting go, minding my own business, trying to get along with myself and others yet like some weird past-life hocus I’ve felt stabbed in the back many times, the truth is, that’s exactly what’s been happening I’ve literally felt a malicious psychic energy stab me in the back time and time again. Quote: Pt 8.

When the creative industries continue to ostracize one of their own at some point the Pentagon will be alerted to oddities occurring. They will begin to investigate: A clear distinction, a mark of the force of creation: In the hands of those that giveth and those that may taketh away.

September 2017: A new follower on Twitter surprised me: Lieutenant General William C. Mayville, Jr. The Director of the Joint Staff, the Pentagon, Washington, D.C. He asked me questions via DM which will remain private however, I can say that it is with good fortune for all, he has a sense of humor.

‘The low hum & whirr of a large, flat-bottomed helicopter circled tight the evening sky directly above the house. Krystyline and Kathy stuck their heads through the thick, heavy curtains in the drawing room and watched it go round and round for 20 minutes: “What’s it doing and why?” “It’s too big to be paparazzi which means its surveillance.” “In sleepy, buttoned-up, shoot-yer-self Chislehurst?” “Lets Google it tomorrow. The neighbors must be wondering about the noise”.

Quote Series 2: ‘Natalie’s old university friends had been psyching her out for a research project since 1981. She walked in on them one day in the oddest of places.’