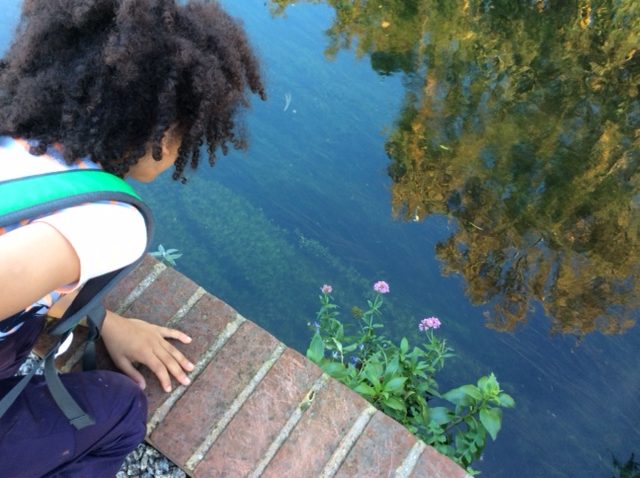 UNITED STATES—I’ve got them by their nuts in a nutshell: I found it. The hinge that unhinges this once complex case of: Artists v. Stiffs.

It is the fruit of my summer investigations that led to the indisputable discovery that Probate Fraud had occurred in 2011 along with a criminal breach of the Postal Services Act 2000. I feel confident in this next sentence, as a now proud participant in the trending demographic Litigant in Person: The only way the perps can round this one is for the British legal system to swallow itself whole and spew out a new set of laws & acts, which of course means moving the goals posts while the vehicle, of my Bastardelli de Pagliaio tenacity moves gently through the court system: Gang v. Higgins Part 2 is wedged firmly open with my foot in the door even though Judge Sarah Davies attempted to throw the book and the costs at the back of my head as she boomed me out of the courtroom: ‘If you dare take this directions hearing into trial’. I have ceased to be shocked at the new & rotting order of things in Britain. Grenfell Tower stands as a testament. The Tory parasites of the white collar and top hat crowd using #DirtyHandsFree tactics are rising to the surface, their varying forms of Gentrified Genocide fissuring across this island like sink holes in Florida.

I have jumped to publish Part 7 now, as it’s a cultural detox time of men in powerful positions with their overbearing attitudes of male entitlement to be exposed, named and shamed for exploiting others for sexual power plays, the rush of endorphins & bullying. Social media has enabled this moment for women and men to come forward en masse, out of shadows & from under the cover-ups. Its taken years to get to this point of many voices breaking through, spilling guts on a daily basis into mainstream backed up by the multi platforms of social media and hashtag heaven. The #Me Too, #BreakTheSilence #Harassment etc… campaigns are referred to as a Tsunami backlash. I prefer to use the phrase Psychic Snap Backs. The word ‘complicit’ has become one of the most used words of the latter part of 2017, as do, in my own parallel real-life exposure of a misogynic hate crime, the words ‘accomplice’ and ‘accessory’ all the way up into the District Judge circuit and The Office of Public Guardian. As white collar crooks multiply, legal aid shrinks and lawyers fees rise at every envelope opened and yawn uttered here in the UK the increasing amount of fellow travelers of Litigants in Person can rely on social media to get their voice out there, to put pressure on the wrongdoers to fight for justice. And a fight for Justice it is even against those who are supposed to uphold Justice as this testimony below reveals:

I believe I have figured out that the main reason The Pro Bono Unit & major league international law firms like Kobre Kim, Withers & the local ‘for the people’ type of firm, Hodge Jones Allen won’t take my case on, even though it has glaring merit as deferred payment or part of any of their own ‘right-on’ sounding Pro bono mission statements. It’s because they already know the odds are extremely slim, even though I am right and I have status being sole executor. It is therefore becoming more questionable: Whose hands are in whose pockets? Complicit. No firm is yet willing to blow the cover on any of this while it is still in progress, at least not for the sake of justice itself. My 89 yr old mother is alive we’ve caught out the perpetrators before Wills & Probate stage. This is not just a Trust Dispute case however, today’s law firms know that when foxhunting accountants then train as bottom-sniffing legal bulldogs working for companies like, for example award winning BKL Tax or is it now BKL Wealth Management (?) the probability of success for the litigant in any sort of trust dispute is extensively time consuming. The manipulated paperwork will journey on through the years morphing into offshore tax havens while relying on the indubitable retiring and dying of paid off ‘accessories’ along the way. Shape-shifting legislation nudges the money laundering through endless legal loopholes. I already called it in Part 2: This is big business for Wealth Management companies peddling their Inheritance Tax Planning package deals playing the odds over the long haul, one unwashed handshake over another. Probate crime is on the rise. According to a survey by the Society of Trust & Estate practitioners, by 30% in 2013-14. It is now 2018 greed has no boundaries for some.

On this path of breaching Fiduciary Duty, Duty of Good Faith, Duty of Trust etc…my brothers & their cohorts have continued, believing they could still get away with harming our mother, myself, and my son after I blew the whistle, early Dec 2015. As time went by I predicted they would further cement their own concrete boots while incriminating more ‘Others’. If you dear reader are planning to steal the Family Silver beware that the sibling you arrogantly believe and describe on official court papers to be of lesser intelligence, a dupe, a dullard, and one with mental disorders might turn out to be a long distance runner who can play you your own game right back atcch’a. And they may have longer sleeves for their cards than you ever thought possible. Thinking they were being Tory smart my brothers and their wives have ruined their own reputations all by themselves. Social Media is the leveling tool for exposing cover-ups.

‘He who comes to Equity must come with clean hands.’

And so it is: The List starting with the latest:

All over Christmas & New Years I’ve been posting on social media pushing to shove: Break The Silence, to force a response: Directly twittering Great Ormond St Hospital, Addenbrookes Hospital, Cambridge Press, The Royal Collage of Anesthetists & Royal Collage of Physicians etc… While asking the public the question: Doctors undertake an oath not to deliberately harm others before they are allowed to practice. ‘Would you trust a doctor, one of them being an anesthetist with your child or family member if you knew that that doctor systematically, in a calculated manner over a period of time continually harms others including a young child and an elderly woman? I have the nugget they’ve embezzled my son. In Artists v. Stiffs Parts 1-3 they attempted to frame me, when that failed they harassed me & made up false statements and forced us into homelessness to cover-up their manipulation of funds and what else, one could ask. I want answers. I want justice. I have challenged Judge Davies’ court order from Oct 30th.  She claims the ‘Court of Protection doesn’t have the jurisdiction to interfere with Family Trusts.’ Lord Falconer’s Mental Capacity Act 2000 under sections 22 & 23 says the COP does have wide-ranging powers to ask LPAs for any and all accounts and records that are connected to the Donor. This particular account is active, whatever you name it. There is an income and a tax still being paid by my mother concerning it. Therefore it needs to be treated like any other account of hers. And if not why not? A big question that whispers in the air, “complicit?” This is where the Office of Public Guardian failed to complete its duty when investigating my mother’s LPAs in 2016, ”complicit?” My three brothers and Terry Jordan of BKL Tax, Senior Private Client manager who has been ‘managing’ the house Trust since adding his signature to the Trust Deeds in 2002 have time and time again denied my mother and myself access to the status and the book keeping details. My rights, especially as a Trustee for my young son to be shown the accounting has tripled.

My brother, Dr Nicholas Higgins (Consultant, LPA, Trustee, husband & father) has made a district judge look like a fool, or is she complicit? She certainly attempted to close ranks to save faces before I kept my foot wedged in the door with submitting court forms COP 9 & COP 24 opposing the court order. Judge Sarah Davies in the Court of Protection directions hearing chose to believe the word of a proven serial liar over any evidence to back him up. After much polite heckling concerning how much he is lying and for what possible reasons the judge asks my brother in court if I have a right to see the Trust accounts. He replied ‘No’. That answer was good enough for her. I have also filed an Appeal. Wait, it gets better…

Alan Eccles CBE, Chief Public Guardian (also a Barrister “hoho”) wrote saying he doesn’t want to hear from me again. Not very professional since this concerns his job description; The welfare of an elderly person & not his ego, I have sent two letters concerning the recent exposure of the behaviors by the executors, Nicholas & Antony which by all laws surely would make them unfit to be anyone’s LPAs. I haven’t heard back yet. “Complicit.”

There was an injunction that came with the date of the directions hearing in October. Basically, a Gagging Order one that came with a direct and an indirect constraint. The only person it affected was myself, as a journalist and a writer using the tools I have to expose the cover-ups & to safeguard my own and my son’s life. I shouted on social media “Entrapment!” Google: Theresa Kirk, 2016, Thrown in jail at 71 yrs old for 6 months by Court of Protection for refusing to comply with the courts & the twisted Social Services rules on what was best for an elderly man who loved Portugal and his care home there. This was only made public two months after she was sentenced and disappeared. Mr. Justice Newton, what a pompous ass you are. Google: Wanda Maddocks, locked up for 6 weeks by the secret Court of Protection for trying to help her own father in 2013. This is why social media is crucial. One has to keep exposing and shouting out otherwise the new creeping social order (police state) will creep up behind even you, dear reader.

I scrimp together £1,000 to pay a Direct Access Barrister (the new shit) via the portal My Barrister.com.  A legally trained advocate to represent me in court, one who would know how to put my arguments forward confidently. I vetted x3 and Sharon Gibbons was on the same page for both our telephone calls. “Great!” Or not… as it transpired she’s a grifter. Out to make a fast buck from the clueless layperson in court procedure. I am currently taking her to small claims court to retrieve my £1,000 for ‘poor workmanship’ under the Law of Contract. Not only did she fail to show me the Positions Statement she wrote, which I would never have authorized, she also submitted it to the judge before 9am on the court date without my knowledge, behind my back. On top of that, an unknown lady’s name, ‘Shirley Ada Gray’ appeared on pgs 2 & 5: Her client papers confused. Above all, I would never have known she had written this Positions Statement had I not stumbled across it when the clerk gave me back the judge’s bundle. She had submitted to the judge a bunch of made up baloney with some other old lady’s name attached in part, which was a total fail. Still she is fighting me when I called her out. This is contemporary British Law representation at its best. Fuck it what a joke, I’m better off representing myself and exposing the truth via social media and these articles.

One thing I learnt was that due diligence is necessary, lazy law firms like Mackrell Turner Garrett trip themselves up: Willing just to take your money. Read Part 4, 5 & 6 publishing soon.