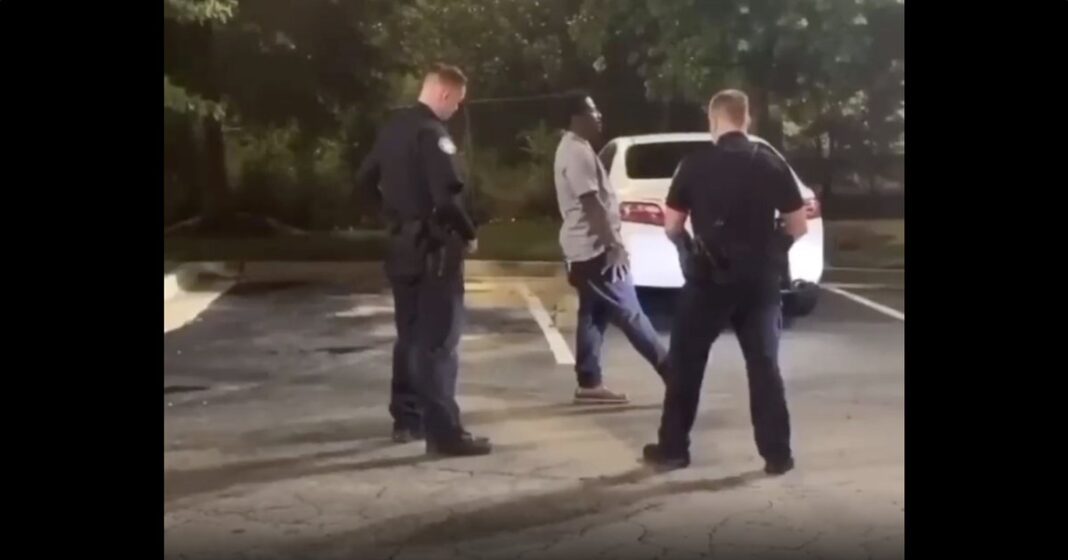 ATLANTA, GA—On Friday, June 12, Rayshard Brooks was shot and killed by a former police officer in a Wendy’s parking lot. During a press conference on Friday, June 17, Fulton County District Attorney (DA) Paul Howard announced charges against the ex-officer, Garrett Rolfe, and Devin Brosnan, another officer who was at the scene first and called Rolfe in. Canyon News has identified several false statements by Howard which can be verified by footage.

Howard stated at a national press conference that “Brooks was peacefully sleeping in his car after he was awakened by the officer, he was cooperative and he was directed to move his car to another location. He calmly moved his car.”

Howard did not mention that Brooks was passed out and blocking the Wendy’s drive-through lane, which is why the manager of Wendy’s called 911 for help to remove him.

Howard failed to mention that Brosnan asked Brooks to move his car twice; the first time round, Brooks went back to sleep without moving his car after being asked to “just pull [the car] somewhere and take a nap.” When Brooks actually moved his car, he drove over a curb then “backed [the car] up,” Brosnan told Rolfe.

Howard falsely claimed that Brooks “really displayed a cooperative nature” and “followed every instruction.” Brosnan in fact had to tell Brooks to “stay in the car” – several times in similarly-worded statements – approximately 22 times throughout their encounter before Rolfe arrived, after Brooks continually failed to obey the instructions given by Officer Brosnan.

Howard also said that “Mr. Brooks was slightly impaired.” When Rolfe asked Brooks how he felt “on a scale from 1 to 10, with 1 being completely sober and 10 being very impaired,” the latter said “10, I’m very impaired.”

Rolfe double-checked with Brooks to ensure that he gave the correct rating, and Brooks said “absolutely.” Rolfe then explained that 10 meant “being hammered drunk,” and Brooks said “I’m 1.”

If Brooks was at “10,” Howard’s statement was incorrect as Rolfe would have been more than “slightly impaired;” if he was at “1,” the DA was still wrong, because he would not have been impaired at all.

The results of Brooks’ alcohol breathalyzer was 1.08 which is above the legal limit to operate a motor vehicle.

Howard also noted that “Mr. Brooks never presented himself as a threat.”

On the contrary, Brooks assaulted both officers, took an officer’s taser from Brosnan and punched Rolfe in the face with the taser in his fist. Then ran off with the stolen weapon. When Rolfe was just a few feet behind Howard, Howard turned his arm back and fired the stolen taser above Rolfe’s head, just seconds before Rolfe pulled his service weapon and fired.

Howard stated that Rolfe kicked Brooks after he was shot. He took a still from the video while Rolfe was moving in to help Brooks. Rolfe can be heard on the bodycam talking to Brooks, telling him to breathe and comforting him while performing CPR.

Howard stated Rolfe and Brosnan waited a long time before calling for help. This is untrue, they gave CPR immediately and called for help.

Mayor Bottoms and DA Howard both made inferences that this was racially motivated, however the officers were polite, friendly and patient throughout the 35 minutes, in spite of Brooks being uncooperative. Even when he fought with officers they gave him a warning that they were going to to use the taser beforehand.

Howard attended the funeral of Brooks as a  pall bearer.

In spite of the current national unrest and ongoing demonstrations professionally organized by Black Lives Matter, which lead to assaults, looting, rioting and arson, DA Paul Howard used his platform to incite anger between the races by failing to mention that Brooks was a combative suspect and this could have been eliminated by his cooperation with police officers.ward fabricated, exaggerated and outwardly lied to the public which was misinformation that lead to more civil unrest, hatred, feelings of injustice. Then he charged Officer Rolfe, with felony murder and will face the death penalty if convicted. Officer Rolfe followed the procedures he was trained by the state of Georgia law enforcement.

District Attorney Paul Howard is concurrently facing several allegations of embezzlement and sexual harassment and is up for reelection.