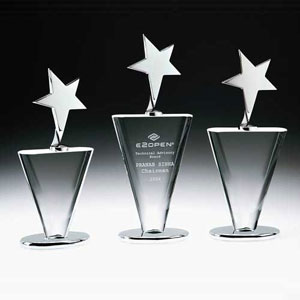 HOLLYWOOD—The much-anticipated MTV Video Music Awards show on September 12, was somewhat disappointing. The show was hosted by Livingston, N.J. native Chelsea Handler, who had the audience in stitches. The music was entertaining, but needed a bit more pizazz. We were all waiting for the shocker of the evening, like the Brittany and Madonna kiss, or just something else spontaneous. It seems that the only duet that came to fruition was Eminem with Rihanna. The anticipated duet with Justin Beiber and Ludacris didn’t happen so he performed a medley of “U Smile,” “Baby” and “Somebody to Love.” Usher performed his new hit “OMG.” It would have been nice to see a performance with Pitbull. How many more times are we going to hear about Kanye West and Taylor Swift? It’s time to bury the hatchet.

All eyes were on Lady Gaga who snagged a record of eight moonmen trophies. Lady Gaga stole the show with her outrageous outfits including the infamous meat dress. It seems that her dress was made from cuts of raw meat, including her shoes and bag. She even wore, what seemed to be a piece of flank steak on top of her head. Meanwhile, Beyonc Ã©, who was also nominated for many awards including “Best Video of the Year,” had the sense to skip the VMA’s and instead made her own fashion statement by modeling in NYC during Fashion Week. After his triumphant performance rap legend Eminem departed to LAX to jet back to New York to headline with Jay-Z at Yankee Stadium. The new Yankee Stadium, was host to the largest hip-hop show audience on September 13, an estimated 100,000 fans attended. The twin event was scheduled for September 14. Some of the most famous guests included Dr. Dre, D12 and 50 Cent.

Running to Fashion Week in New York from L.A. was Kanye West, who was spotted at the Marc Jacobs women’s store during the boutique’s “Fashion Night Out” festivities with former “Pussycat Doll” Melody Thornton, according to reports. It’s also reported that West, 33, and Miss Thornton, 25, are an item, dating for about two weeks.

The fashion industry loves a comeback almost as much as Hollywood does, and the fall 2010 runways heralded the return of the camel coat, ranging from Michael Kors to Oscar de la Renta. Now, the royal purple is officially back by Marc Jacobs in his New York Fashion Week Spring 2011 collection. The big tote bags by Marc Jacobs are also a hot item valued at under $200. Many college students are sporting them with books inside. Another definite must-have is the tote by Longchamps. Designer Carolina Herrera on the other hand produced more floral prints in the usual glamour for a dash of Asian chic.

Rose’s Scoop: Rafa Nadal, 24, made history by winning the Men’s Final at the U.S. Open on September 13, finally capturing his career Grand Slam. Rain postponed the match on September 12, and the two players had to wait almost two hours on September 13 after a thunderstorm halt. It was all Nadal when he defeated Novak Djokovic.