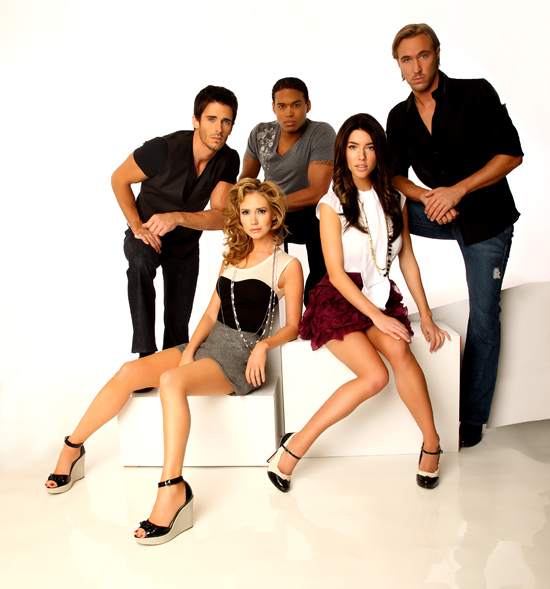 HOLLYWOOD —Tuesday, March 23, will mark the 23rd anniversary of the premiere of the “The Bold and the Beautiful” on CBS Television Network. Since the series’s premiere on March 23, 1987, the critically acclaimed series has received 143 Daytime EmmyÂ® Award Nominations and 41 Daytime EmmyÂ® Awards, including their first for Outstanding Daytime Drama Series in 2009, by the National Academy of Television Arts and Sciences. Additionally, “The Bold and the Beautiful” has garnered worldwide acclaim, and in 2009 was named the recipient of the Golden Nymph Award at the International TV Audience Awards in the “Telenovela/Soap Opera” category at the Monte Carlo Television Festival awards ceremony for the fourth consecutive year, confirming that in its genre, with an estimated 35 million daily viewers, it remains the most watched daily drama in the world.

Created by the late daytime drama legend William J. Bell and his wife, Lee Phillip Bell, their son Bradley P. Bell took the helm of the show in 1992. “Twenty-three years on television is an incredible collaborative achievement,” said Bell. “I’m grateful to the many talented artists and professionals who labor tirelessly to bring ‘The Bold and the Beautiful’ to life. I give heartfelt thanks to our loyal viewers, and to CBS, for their steadfast support.”

For over two decades, set among the majestic mansions and glamorous fashion houses of Beverly Hills and Malibu, the epicenters of Los Angeles, and traveling from the canals of Venice, Italy to the skyscrapers of Sydney, Australia to the tropical beaches of St. Thomas, “The Bold and the Beautiful” has explored the entangled lives, passionate loves, high-stakes battles, loyalties, tragedies and the inspiring triumphs of the Forrester, Logan, Spencer, Marone and Spectra dynasties. With romance, sensuality, complex characters and intricate and compelling storylines, “The Bold and the Beautiful” is, at its core, a gripping tale of high fashion glamour, honor and most importantly, family.

“The Bold and the Beautiful” boasts four original cast members who remain integral parts of the story structure: Susan Flannery (Stephanie Forrester), Katherine Kelly Lang (Brooke Logan), John McCook (Eric Forrester) and Ronn Moss (Ridge Forrester). Throughout its long history, many of Hollywood’s most famous names have made appearances on the show. Patrick Duffy recurs as “Stephen Logan,” father of the “Logan” girls, “Brooke”, “Donna” and “Katie.” Betty White (Ann Douglas) made daytime television history in November 2009 by leading an all female cast on “B&B” in the poignantly written and performed story arc of “Ann” coming home to make amends with her daughters Stephanie and Pam, as well as herself, before she dies.

The “B&B” 23rd anniversary storylines center around the secret that Bridget (Ashley Jones) and Owen (Brandon Beemer) are keeping from their spouses, Aggie’s (Sarah Brown) unrequited love for Nick (Jack Wagner), Steffy’s (Jacqueline MacInnes Wood) plans to steal Oliver (Zack Conroy) away from her step-sister Hope (Kimberly Matula) in her further attempt to get rid of the Logans once and for all and Whip (Rick Hearst) and Taylor’s (Hunter Tylo) newfound love and how that love will affect Brooke (Katherine Kelly Lang) and Ridge (Ronn Moss).

“B&B” has remained current and topical with storylines touching on issues such as HIV, drug and alcohol dependency, rape, homelessness, the trauma of serious illness, child abuse and most recently Alzheimer’s Disease.

Since May 2001, “The Bold and the Beautiful” has been the only daytime drama to simulcast in Spanish via SAP (Secondary Audio Program) technology.