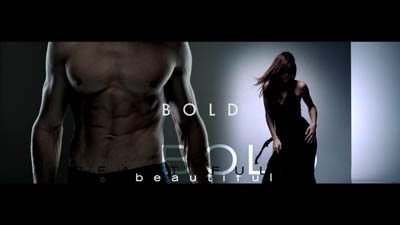 HOLLYWOOD —The Banff Television Festival in Cannes, France, announced today that “The Bold and the Beautiful” is nominated for the 31st Rockie Awards, in the Soap Opera category. All the nominees were announced at the MIPTV broadcast and digital media conference taking place here in Hollywood this week.

The nomination comes for the series’s submission of episodes 5697 and 5698, which aired on Friday, November 20, and Monday, November 23, 2009. These episodes, which explore the sensitive subject of dying with dignity, feature an all female cast, including Betty White as Ann Douglas, and Susan Flannery and Alley Mills as her daughters, Stephanie Forrester and Pam Douglas.

In the episodes, the two sisters are baffled after receiving a strange phone call from their mother, who announces a sudden visit to Los Angeles from her home in Chicago. After arriving in Los Angeles, Ann makes a shocking announcement to her daughters, along with an equally gut-wrenching request. The daughters are faced with the dilemma of honoring their mother’s dying wish, even if it runs counter to societal norms.

The BANFF organizers designated 68 jury panels from over 30 countries around the world to select Rockie Award nominees in each of the 34 categories. There will be five separate award ceremonies for winners from each of these 34 categories, culminating in the Banff World Television Awards on June 15, 2010.

On August 30, 2009, “The Bold and the Beautiful” won the Emmy for Outstanding Drama Series at the 36th Annual Daytime Entertainment EmmyÂ® Awards. On June 11, 2009, “B&B” was the recipient of the Golden Nymph Award at the International TV Audience Awards in the “Telenovela/Soap Opera” category at the Monte Carlo Television Festival awards ceremony, confirming that in its genre, with an estimated 35 million daily viewers, it remains the most watched series in the world.

“The Bold and the Beautiful,” which celebrated its 23rd anniversary on Tuesday, March 23, 2010, is a Bell-Phillip Television production, broadcast weekdays (1:30-2:00 p.m., ET; 12:30-1 p.m., PT) on the CBS Television Network. Bradley P. Bell is the talented Executive Producer and Head Writer. The show is the first and only daytime drama to simulcast in Spanish utilizing SAP (Secondary Audio Program) technology.