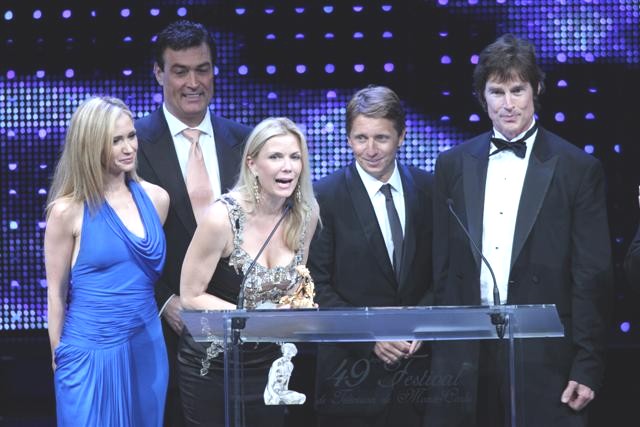 HOLLYWOOD —“The Bold and the Beautiful” has received its fifth consecutive nomination for the Monte Carlo Television Festival’s International TV Audience Awards in the “Telenovela/Soap Opera” category, the festival announced here today. “B&B” has been the recipient of the award for the last four years, confirming that in its genre, with an estimated 35 million daily viewers, it remains the most watched series in the world.

The Fifth Annual TV Audience Awards will honor the programs that gathered the highest number of viewers worldwide in 2009 across five continents. The nominees were pre-selected among the 15 best-performing television programs in 68 countries. The winners will be presented at the 50th Monte Carlo Television Festival Awards on Thursday, June 10, at the Grimaldi Forum in Monaco.

In conjunction with the festival and a number of the series’ international broadcasters, viewers from selected countries in Europe will have a chance to participate in promotional contests to win a grand prize package of a trip for two to the festival, including tickets to the Opening Ceremony on Sunday, June 6, and a winners’ luncheon on Monday, June 7, in the presence of the actors.

The Monte Carlo Television Festival (tvfestival.com) is hosted under the Honorary Presidency of H.S.H. Prince Albert II of Monaco, and includes press events, a jury competition and awards, premiere screenings, receptions and parties hosted by the major networks and studios. More than 200 journalists and many major creative forces in the industry from around the world will be present.