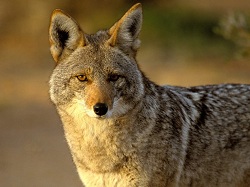 SANTA MONICA — Residents are being warned to be on the lookout for coyotes prowling on city streets.

Recently, there have been sightings of the animals within city limits, according to a bulletin from the Santa Monica Police Department released on Friday, November 8. “There have been unconfirmed reports that these coyotes have attacked dogs, cats, and in one instance, a rabbit,” states the bulletin.

While the sightings may not be completely out of place, given the city’s location and proximity to the Santa Monica Mountains, the city alerts citizens that there are a number of precautions that one could use to not only prevent the unwanted attraction of a coyote.

The most important thing to remember is that one should never feed local wildlife. Not only is human food dangerous to wildlife, it is also, according the city, “nutritionally inadequate.” This could lead to is wildlife becoming dependent on handouts and the loss of fear of humans and house pets. Food handouts can also cause groups of wild animals to congregate in numbers larger than usual.

To prevent wildlife from becoming too comfortable in or near human habitations, residents should not provide shelter to wild animals and should keep lids on garbage cans secured. Pets should be kept inside if a coyote is thought to be in the area, and small children should never be left unattended.

Other tactics include spraying ammonia in trash cans every so often, installing motion activated lights to scare off wildlife, and placing mothballs in places where coyotes might sleep. Alternating these tactics is good to keep coyotes from getting use to one particular method.

If contact is made with a coyote, the city advises residents to shout in a low, loud tone while keeping eye contact with the creature and making him or herself look as large as possible. Most importantly, one’s back should never be turned to a coyote.

To keep dogs safe, they should always be kept on a leash when taken on a walk, and they should never be allowed to interact with a coyote. Keeping your dog as close as possible to you, as well as while avoiding bushy areas is suggested.