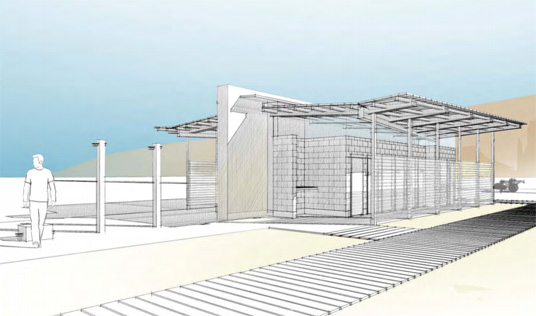 SANTA MONICA—The city of Santa Monica issued an update regarding its beach restroom construction project on Wednesday, November 11. While work is currently underway and going along as scheduled, one out of the seven proposed new restroom locations will not be built at this time, due to concerns from the community.

The proposed new restroom at 2400 Ocean Front Walk was met with opposition due to its planned relocation to the west side of the bike path. Heeding those concerns, the city will leave the current restroom intact for now.

It is anticipated that a proposal will be made by the city staff to amend the contract with architectural firm Roesling Nakamura Terada to design a new restroom on the east side of the bike path. This proposal will likely occur once the other restrooms are close to completion. Funding for the new facility would be included in Santa Monica’s FY11-12 Capital Improvement Plan, with savings from the current project being used as well. Construction for the new facility would likely commence sometime in 2013.

Six other restrooms, as well as one set to be remodeled, are on schedule to be finished in May of 2011.