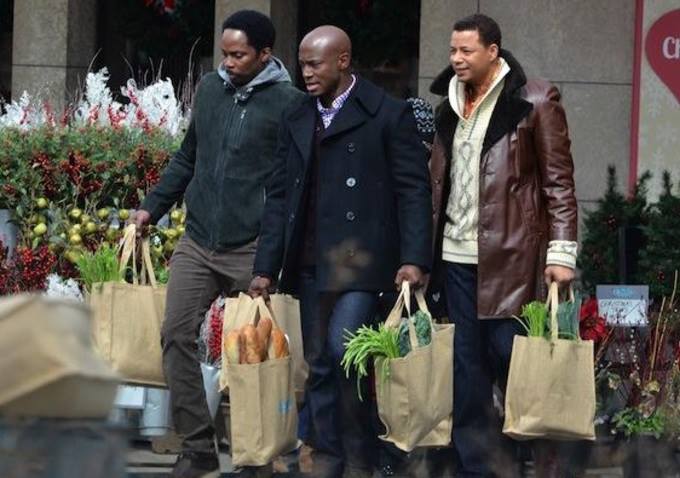 HOLLYWOOD—I have been a bit surprised the lack of films the month of November. Typically, this is that time of year were lots of pictures are unleashed to audiences, but not so much.  We saw the releases of “Enders Game,” “Last Vegas” and “Thor;” besides that, everything else is an indie.

This sequel reunites an ensemble cast that includes Taye Diggs, Terrence Howard, Sanaa Lathan, Nia Long and Morris Chestnut. The movie reunites all the primary players for a gathering over the holidays where good and bad times are reminisced; of course there will be plenty of laughs along the way. My hope is the audience will take a journey with these memorable characters, even though it’s been an ample amount of time since the original.  That never really bodes well for a sequel if it’s a significant time span; the audience loses anticipation in most cases.

A drama that is slowly expanding in the movie market is “Dallas Buyers Club” starring “Magic Mike’ star Matthew McConaughey in a role that is almost unrecognizable. McConaughey embodies the role of Ron Woodroof, a homophobic, druggie who discovers that he is HIV positive and is informed that he has less than a month to live.  During that time he begins smuggling anti-viral medications from around the world for treatment of his disease, even though they aren’t approved by the Food and Drug Administration (FDA).

Woodroof ignites a firestorm when other AIDS patients seek out the medicines that he is providing.  To see the transformation of the actor on the big screen is a revelation.  Transformations are always popular with Academy members come awards season, so I’d expect a nomination in the lead actor race for McConaughey.  Buzz is also surrounding Jared Leto for his work in the picture portraying a transgender woman named Rayon.  Critics are already raving about Leto’s performance and he’s considered a front-runner in the Best Supporting Actor race alongside Michael Fassbender for his work in “12 Years A Slave.”

“Dallas Buyers Club” is based on a true story which is likely to peak the interest of the audience that much more.  Next week, sees the release of one of the most anticipated sequels of the year, “Catching Fire.” I’m sure the film will break box-office records just like its predecessor did in 2011.