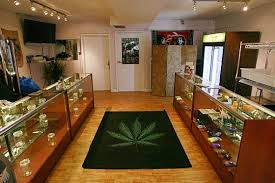 BEVERLY HILLS—Los Angeles is not the only city cracking down on medical marijuana dispensaries. Beverly Hills has been working hard to prevent dispensaries from setting up shop within city limits. In order to do so, many are lobbying for the addition of specific verbiage to the ordinance in order to make this possible.

Director of Community Development, Susan Healy Keene stated, “Medical marijuana dispensaries are not now permitted in Beverly Hills. Nevertheless, absent an explicit prohibition in the municipal code, dispensaries may attempt to locate in the city.”

When asked about the primary reason for the ban, Therese Kosterman, City of Beverly Hills, informed Canyon News, “The basic reasoning is that selling marijuana is inconsistent with the character of the City.”

According to the ordinance, medical marijuana dispensaries do not fit in to the types of businesses that currently exist in Beverly Hills such as those related to the entertainment industry, high end retail and fashion, and other posh establishments. “The City seeks to promote vital and successful businesses that contribute to the City’s identity and culture and provide high-paying jobs,” states the ordinance. “Marijuana dispensaries are not a part of this list nor do they contribute to the City’s identity.”