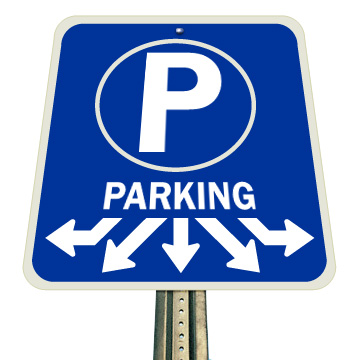 WhatsApp
Facebook
Twitter
Pinterest
ReddIt
Tumblr
Email
Print
BEVERLY HILLS—March 15, this year of grace, 2:35:08 a.m. That’s the date and phenomenally precise time that changed this bon vivant. Against any personal desire, I was thrust into a Rosa Parks’s moment or Cesar Chavez mode when I ran afoul of the Beverly Hills’ overnight parking ordinance.

On March 15, I committed the transgression of leaving my car parked at the head of Clark Drive, just north of Wilshire Boulevard. In the immediate vicinity, there is not a shred, not a trace of warning that by parking there overnight a non-resident is vulnerable to being ticketed. True, the availability of spaces at 10 p.m., alongside the flanks of the BMW dealership is in itself suspect. But to avoid parking there after searching assiduously for any warning would be tantamount to giving in to fear and ignorance. After sharing my saga, it’s amazing how many people respond, “I’m afraid to park in Beverly Hills.” At the end of the day, I prefer the risk of knowledge to fearful ignorance.

Well, I paid the price. The next morning, a white envelope appeared under my windshield wiper. I was compelled to appeal this parking ticket; compelled to slough off the heritage of one previous failed appeal; compelled because of the absence of signage in the portion of Clark Drive where I parked; compelled to hold Beverly Hills to a better, less-shifty vision of itself. It would mean sacrifices, it might mean losing sleep or hours at the tanning parlor. But justice has its price and it is itself priceless.

And, whenever my spirits flagged, I was spurred on by the experience of some weak and weary tourists duped by the overnight ban in 2007, according to jaunted.com:

“Even though there was absolutely no signage alerting us to overnight parking regulations, we were greeted with a $45 parking ticket when we arrived at our vehicle just before 8 a.m. the next morning. The reasoning? According to the City of Beverly Hills ‘Placard not displayed between 2:30 – 5:30.’ Of course, a stronger traveler might try to fight the ticket, but we are weak and weary, so we will just pay it, as soon as we can find the damn thing.”

Destiny had made me that “stronger traveler,” ready and determined to contest my citation. Here is the letter I wrote the Citation Review Center last March 23.

“I am requesting an Administrative Review be performed for Citation Number 507922472. Enclosed is a photo of the sole existing information at Clark Drive, near Wilshire Boulevard, where the citation was issued.

Based on the information posted, it would be impossible for a law-abiding person to conclude that there is any risk whatsoever of being ticketed at this location between the hours of 6 p.m. and 8 a.m. This is an injustice, which would disconcert any person of conscience. I am therefore contesting this parking ticket.”

Now a footnote to this is the discovery, due to my heightened sensitivities about overnight parking restrictions: around the perimeter of Beverly Hills, at major points of entry are red signs: NO OVERNIGHT PARKING. At Doheny and Santa Monica Boulevard one such sign crouches, a few feet from the mocha-colored Beverly Hills shield. I hold that this is a sneaky legal justification, leaving ticket traps aplenty—a cheap ploy worthier of a small revenue-starved town in Nevada—not Beverly Hills.

Finally, in June I received a letter from Parking Services. Fearing the outcome, the scheduled appeal hearing or a request to pay the ticket outright, I let it languish on my desk for a day. When I opened it, my eye fell upon the phrase, “As you may have not been aware of the City’s overnight parking prohibition, the City of Beverly Hills will dismiss your citation as a one-time courtesy.” Indeed, elation flooded this interloper of the palm-dotted pastures of B.H. A “HOORAY” punctured the air and a triumphal fist raised high. The victory belonged to politeness, restraint and throwing in an occasional soupÃ§on of legal terminology, such as ”˜whatsoever.’

And yet my successful appeal leaves a nagging sensation. . .

At the risk of being ungrateful, let me say, the ”˜one-time courtesy’ cannot perfume away the lingering stench of wrongness in the selective way Beverly Hills posts its overnight parking ban.