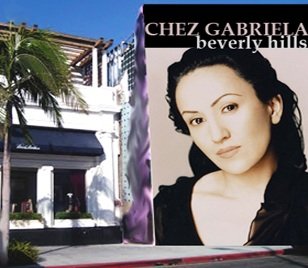 BEVERLY HILLS—On Wednesday, August 18, Maria Gabriela Perez, owner of the Chez Gabriela Studio on 139 N. LaPeer Drive, was arrested by special agents of the U.S. Secret Service. Perez is charged with federal fraud after she charged thousands of dollars on her celebrity clients’ credit cards.

The names of celebrities involved in this scam include Jennifer Aniston, Halle Berry, Liv Tyler, Anne Hathaway and Melanie Griffith among others. Griffith stated she is willing to testify.

On “Good Morning America” Jennifer Aniston said, “We had a situation that was not cool, so I sort of just stopped going to her…I knew that something like this would eventually happen because you can’t get away with that.”

Directly from her Facebook page, Chez Gabriela wrote, “To all friends of Chez Gabriela, and others, you are invited to remember that everyone is innocent until proven otherwise. Chez Gabriela will be exonerated of all allegations soon.”

A client by the name of Taylor Arrazola, replied to the allegations on Chez Gabriela’s Facebook page with, “I hope that they are wrong, because you have a bright future, hate to think you decided to do something so stupid…cause you know how hard is to get with celebrities…good luck.”

According to a court affidavit, 51-year-old Perez is accused of swindling $214,000 from Liv Tyler alone in a five-month period last year. Jewelry designer Loree Rodkin also allegedly found fraudulent charges on her credit card totaling $68,000. According to court papers, Perez’s lawyer offered Rodkin products worth an estimated $25,000 in an attempt to get Rodkin to settle, and prosecutors have stated they have e-mails from Perez that confirm her scheme and correspondence with Rodkin.

A bond was set at $50,000 after charging nearly $300,000 from her celebrity clientele. Perez made her first court appearance on the afternoon of August 19; she faced two counts of fraud, which could mean a maximum prison sentence of 25 years if she is convicted. Perez’s mother, Irene Gonzalez, posted the $50,000 bail, and Perez was set free.