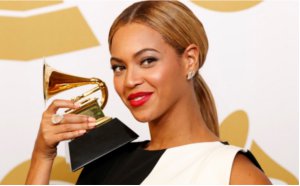 LOS ANGELES —It was a pop diva and country darling who reigned supreme at the 52nd annual Grammy Awards held at the Staples Center on Sunday, January 31. Beyonce, who led all nominees with 10 nominations, walked away with a total of six Grammys including Song of the Year for her ubiquitous hit “Single Ladies (Put a Ring on It),” beating out Maxwell “Pretty Wings,” Kings of Leon “Use Somebody” and Taylor Swift “You Belong to Me.” That’s a record for the most awards for a woman at the Grammys. While she was unable to accept the award for Song of the Year because she was getting ready to perform, she did grace the stage to accept Best Female Pop Vocal Performance for her ballad “Halo.” “Wow, thank you so much, this has been an amazing night for me,” said Beyonce.

Country darling Swift, who had eight nominations, walked away with four awards including Best Country Album and Album of the Year for “Fearless.” Swift was ecstatic and gracious as she took the stage to accept the music industry’s highest honor. Kings of Leon won three awards including Record of the Year for “Use Somebody” beating out favorites Lady Gaga “Poker Face,” Taylor Swift “You Belong to Me” and The Black Eyed Peas “I Gotta Feeling.” The Black Eyed Peas didn’t walk home empty-handed though, the group won three awards including Best Pop Performance by a Duo or Group with Vocals for “I Gotta Feeling.” Pop music’s newest sensation Lady Gaga, R&B crooner Maxwell, Jason Mraz and Eminem each took home two awards. Best New Artist went to the Zac Brown Band, beating out favorites MGMT and Keri Hilson, while Green Day was victorious for Best Rock Album for “21 Guns.”

While many tune into the show for the awards, most of us are watching to catch a glimpse of some sensational performances and there were many. Opening the show was Lady Gaga who is known for her theatrics.  She sang and danced to her massive hit “Poker Face,” before performing a duet with icon Elton John complete with makeup. Both received a standing ovation from the audience. Beyonce stormed the stage dressed in all black and a squad of army soldiers as she performed the ballad “If I Were a Boy.” She belted out the song as she danced through the arena. I would’ve liked to see her perform her ballad “Halo” instead.

In one of the most captivating performances of the night, Pink sang her hit, “Glitter in the Air.” Her performance was unforgettable, as she proved once again that her voice is sensational. She even took to the air as she sang hanging upside down in a swing. Phenomenal, that’s all I can say. Taylor Swift performed “You Belong with Me” alongside her idol Stevie Nicks.

Perhaps the most moving performance of the night was the all-star tribute to Michael Jackson introduced by Lionel Richie. Celine Dion, Jennifer Hudson, Smokey Robinson, Carrie Underwood and Usher collaborated as they sang “Earth Song,” which was presented in 3-D as a special for viewers and the audience. Michael Jackson’s two oldest children, Prince and Paris took the stage to accept the Lifetime Achievement Award on behalf of their late father; a truly touching and memorable moment in Grammy history. Mary J. Blige and Andre Bocelli graced the stage as they sang the classic hit “Bridge Over Troubled Water.” Other performers included Green Day, The Dave Matthews Band, The Black Eyed Peas, Maxwell and Roberta Flack and the final performance of the night came from rappers Lil Wayne, Drake and Eminem as they sang “Forever” and “Drop the World.”

The Grammys are known for being one of the most unpredictable award shows, but for the first time in many years I can say I was not that surprised by any of the winners. Remember when Herbie Hancock won Album of the Year over Kanye West? It was almost a given that Taylor Swift would take home Album of the Year for “Fearless,” the album was a huge commercial success and she transcended country music into pop culture.

Tune in next year for the 53rdannual Grammy Awards, any predictions on who’ll shine next year?