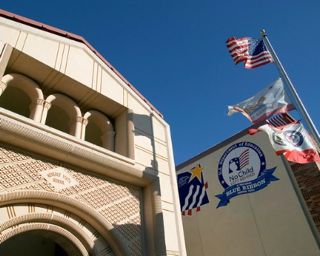 BEVERLY HILLS—The Beverly Hills United School District has proposed a program to begin annual residency verifications in an attempt to remove students falsely enrolled in the school district and focus funds on those other students who legitimately belong in the district.

In a continued attempt to eliminate non-residents from the school roster and save the district money, the new proposal would require all students in grades one through ten to participate in the program, which requires families of students attending schools with the BHUSD to submit annual address verification forms. This revised Residency Verification form, along with a Residency Affidavit, were presented to the school Board for review at an open session on August 23. The proposal, submitted by Dr. Dawnalyn Murakawa-Leopard, Director of Human Resources, is an effort by the school district to ensure each student is legally enrolled. There is already a verification process, however this will extend the program and make it more comprehensive.  In October, letters would go out to all parents, asking them to complete the forms and take part in the verification process. People who refuse to participate or who submit suspicious documents, the District will dispatch a residency investigator who would handle the case.

Though the program would require district funding, the proposal is intended to save money.  Dr. Murakawa-Leopard who spearheaded the project described the program to Canyon News: “The District wants to ensure that it maximizes its available resources to support its students.  As we transition into basic aid, our funding is no longer based on a per-pupil allotment but is rather a fixed amount based on local tax revenues, and we are committed to utilizing our budget dollars in the most efficient and effective way possible in order to provide the best educational experience for our students.”

Mayor Delshad of Beverly Hills has loaned his support to the actions of the BHUSD. He told Canyon News, “Even though as mayor I do not have any say so in what the district does, but as a resident I do not have any problem in making sure people are following the rules as long as [it’s] done in a friendly and hassle-free environment.”  The mayor is currently working on two initiatives to promote the city of Beverly Hills, the Friendly City award system and Smart City.  As such he says, “I would like to see our schools also keep the issue of friendliness in mind in whatever they choose to do with parents.”

The Board approved the proposal, which needs only to be finalized. Once enacted, parents will be expected to participate in the program as early as October. This system of annual residency verification is an effort by the school district to remove students attending BHUSD schools illegally and, in doing so, calm financial pressures by focusing resources on students who live in the district.

As Dr. Murawaka-Leopard says, “We hope to have a full and precise accounting of our student population so that we can accurately predict our staffing and other needs for upcoming years.”