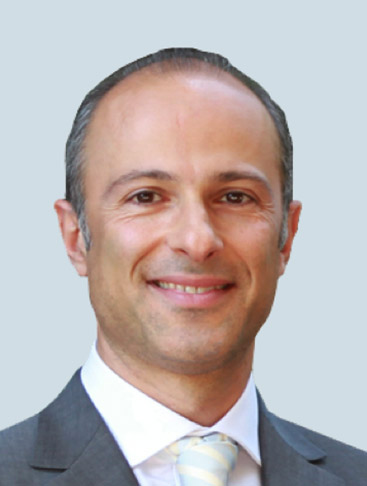 UNITED STATES—Beverly Hills-based Dr. Kiarash Michel ranks among the most noted, respected and internationally sought-after urologists. A leading physician in the treatment of prostate cancer, Dr. Michel is also recognized as a pioneering figure in the practice of High Intensity Focused Ultrasound (HIFU) a breakthrough procedure that has given men an advanced minimally invasive outpatient option over traditional radical surgery. A minimally invasive procedure, HIFU drastically lowers the potential for side effects such as erectile dysfunction and incontinence while achieving the same efficacy rates as traditional, more invasive prostate treatment options.

A founding member of Comprehensive Urology (https://www.comprehensive-urology.com), Dr. Michel comes to Beverly Hills after attending Whitman College in Washington as a Presidential Scholar and the University of Washington School of Medicine in Seattle, Washington, where he graduated with honors.  He went on to the prestigious University of California, Los Angeles, Department of Urology, where he completed his residency training and became recognized as a National Pfizer Scholar.  Following residency training, Dr. Michel continued to develop his professional skills by completing additional training in urologic cancer surgery as well as participating in research relating to urologic cancers. For his contributions to medicine, Dr. Michel has been recognized by the National Cancer Institute, the National Institute of Health, and the American Urological Association.  In addition to his extensive involvement with prostate cancer, Dr. Michel is also renowned for his work with, benign prostatic hyperplasia (BPH), female urology, urological cancers, urinary disorders, incontinence, erectile dysfunction, sexual dysfunction, stone diseases, and anti-aging.

As a surgeon with a special focus on robotic surgery, Dr. Michel is among an elite group of prostate cancer medical experts that helped introduce HIFU to the United States.  After a stunning beginning in Europe, the HIFU procedure made its US debut in 2015 when the FDA cleared the procedure for prostate tissue ablation.  Dr. Michel has made HIFU a central procedure in his practice, delivering to his patients a vivid choice over surgery and radiation.

The country’s fastest growing prostate cancer treatment, HIFU eradicates cancer through the precision focusing of sound waves to a targeted spot, creating an interaction between the sound waves and the cancerous tissue resulting in extreme heat that destroys cancer cells. Focal therapy, often referred to as a “male lumpectomy,” is a general term for a variety of noninvasive techniques for destroying small tumors inside the prostate while leaving the gland intact and sparing most of its normal tissue. Positioned to provide focal therapy to men, HIFU delivers a treatment that both eliminates the disease and preserves quality of life.

HIFU has been called a game changer in prostate cancer treatment replacing traditional procedures that require surgical removal of the entire gland with a targeted therapy that treats the specific tumor location.  Numerous studies since have been published on HIFU, demonstrating impressive disease-free rates and negative biopsy rates among men with low to moderate disease levels.  The most recent HIFU studies show overall metastasis-free survival five years following the procedure is 97 percent.

“It is important for men over 40 to get screened for prostate cancer.  Detected and treated early, tumors are more likely to respond to treatment and prostate cancer can be cured.  As men are are being diagnosed earlier and look for less radical treatment options, HIFU offers a less invasive treatment for those diagnosed with prostate cancer,” said Dr. Michel.

Because every patient is different and there are many important factors to be taken into consideration to determine if a patient is a good candidate for HIFU treatment, a consultation with Dr. Michel should be scheduled to determine if patients can qualify for the procedure.  For more information or to schedule your screening or consultation with Dr., Michel, visit Comprehensive Urology at (https://www.comprehensive-urology.com).