CALIFORNIA—Senate Bill SB24 has been introduced to the California legislature on September 13 that will require all of California’s public universities to distribute the chemical abortion pill, RU-486 to students.

Senator Connie Leyva (D-San Bernardino) is the author of the bill or The College Student’s Right To Access Act.  According to a press release from Leyva’s office, SB 24 is expected to begin services on campuses statewide starting January 1, 2023.  The bill is backed by pro-abortion, pro-choice, and pro-reproductive health groups including; ACCESS Women’s Health Justice, ACLU of California, ACT for Women and Girls, California Latina’s for Reproductive Justice, NARAL Pro-Choice California, and several others.

According to the California Family Council, Governor Gavin Newsom’s Department of Finance is reportedly making a recommendation to the legislature to oppose the bill. Arguing that the Commission on the Status of Women and Girls that would become responsible for implementing this multi-million dollar project lack the expertise to do so.

Though the bill calls on securing private donors for the start-up costs for the project, universities and the state’s general fund would be financially responsible for over-runs and costs beginning in 2023. Schools would need detailed billing departments, to offer discounts to student fees.

The CSU notes that the students’ out of pocket expense would be approximately $500.

Votervoice.net, Californians for Life, and other pro-life groups are urging members of the pro-life movement to get their letters of opposition and phone calls to the Department of Finance and Governor Newsom by the end of September, when a decision is expected.

Abortion activists rallied in Sacramento last week in favor of the pro-abortion bill that would require all public universities to offer chemical abortions by distributing the RU-486 pill at the student health center.

The National Right To Life Council shows literature shows heavy bleeding during the chemical abortion has been known to lead to hospitalization. 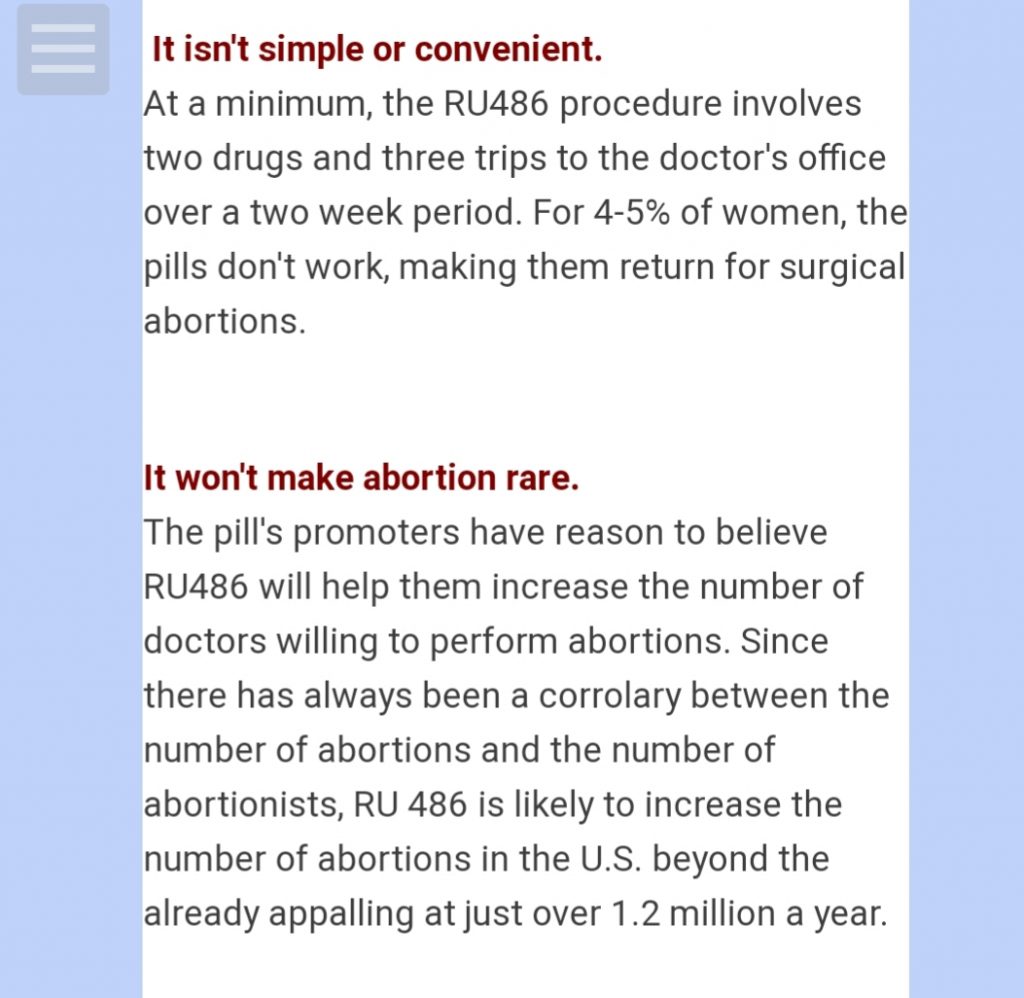 “Not only does this kill an unborn child up to 10 weeks of life, but would establish a potentially unconstitutional program that will violate the conscience rights of both students and campus healthcare center personnel. This bill would turn colleges into abortion vendors,” states the NRLC.

The RU-486 pill is a product of China and is reportedly the abortion drug of choice to be used on over 32 California public college & universities.

If passed, the RU-486 pill can be used by women within the first 10 weeks of the gestational period of pregnancy.

Full text of the bill can be viewed here.