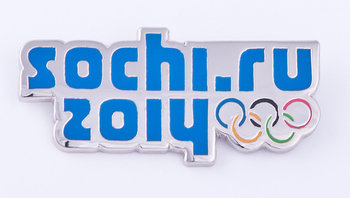 SOCHI, RUSSIA—The 40 year old “King of Biathlon” finally made history in the second to last event before retiring. Ole Einar Bjoerndalen helped the superpower of Team Norway win the gold medal in the debut of the mixed relay in biathlon to capture his 13th Olympic medal. The Norwegians finished the 2 x 6 km + 2 x 7.5 km in a time of one hour and nine minutes. The CzechRepublic finished with the silver, 32 seconds back with Italy grabbing bronze 58 seconds behind.

In the newest biathlon event, the mixed relay consisted of two women and two men from each qualifying country who got underway at the Laura cross country and biathlon center. The biggest names in the race consisted of many medal winners through the Olympics so far. The heavy favorites were still the Norwegians with Tora Berger Tiril Eckhoff, Bjoerndalen and Emil Hegle Svendsen making the team. Their rivals from the Czech Republic and Russiaset to holding Bjoerndalen from gaining that elusive 13th medal making him the most decorated winter Olympic athlete.

The Czech Republic had the opening lead with Berger gaining ground and leading at the top of the hill. Berger would try to make up for a rough loss in the earlier biathlon events. She opened a slight lead with a large pack still behind her. The track looked very fast for the ladies early, as they came into their first lap in five minutes. At the end of the first round of shooting, it was the Czechs leading the pack out with Italy, France and Norway rounding out the top four.

The Americans sat in tenth place with Susan Dunklee beginning first. Berger brought the pack into the second round where she went clean, but lost the lead to the Italians who opened the second lap. Dorothea Wierer held the lead at the halfway park of the second lap, but was easily passed by Berger who began to open a sizable gap on her competitors.

Making the first exchange at 15:55.6, Berger sent out Eckhoff on her way with a 2.3 second gap of second place Italy with the Czech Republic and theUnited States both six seconds back.

The battled continued out front with Norway and the Czechs with Gabriela Soukalova leading Eckhoff into the first round at the range. Soukalova messed up at the range, but still went perfect yet dropped back 22 seconds of Norway sitting in fourth. She made her way back cutting Eckhoff’s lead to 10.7 seconds prior to their last time in the stance position. Norway and theCzech Republic went five for five leaving Italy slightly behind, but holding third.

It came for the men to open the pace of the race with Eckhoff tagging up Bjoerndalen, a second after Jaroslav Soukup got out on the third exchange. The 40 year-old Norwegian biathlete remained behind Soukup as he let the Czech create the pace before showing his skills at the range. Bjoerndalen went fast through the targets going perfect gaining an 11 second lead on Soukup. Italy’s Dominik Windisch finished his time at the range a distant third with Slovakia and Germany the remaining top five. Bjoerndalen opened the lead further on Soukup as he went 10 for 10 while the Czech hesitated at the firing line falling 36.7 seconds back.

It became clear that on the final exchange that there was no one that was going to defeat the Norwegians at their sport. Svendsen was the last forNorway as he went out on the track blowing out fast leaving no room for errors on Italy or the Czechs. Svendsen went five for five needing no further ammo to finish the job. He still held a 30 plus second lead on the Czechs and an even bigger lead on Italy.

Lowell Bailey anchored the American group, but sat in tenth place only to finish ninth at the finish line. Svendsen continued to have no one in his sight behind him as he came back into the stadium to take one last stance at the range. He went 20 for 20 giving a fist pump to the crowd in celebratory fashion before taking a victory lap. He came to the finish line at 1:09:17 capturing the gold in the events debut at Sochi. The victory became the pinnacle point where Bjoerndalen made the decision to hang up his rifle and skis to retire from the sport. The world’s best winter Olympian still has one more event to compete in as the men take part in a 4 x7.5 km relay on Saturday.