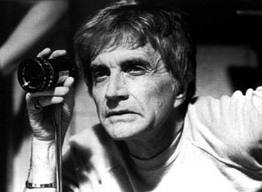 SANTA MONICA —Screenwriter, director and producer Blake Edwards, best known for his work on the comical “Pink Panther” series of films starring Peter Sellers, died on Wednesday, December 15, at St. John’s Health Center in Santa Monica due to complications from pneumonia. He was 88 years old.

Edwards had been groomed for the business from the start, being born to a stage director in 1922 in Oklahoma. Early in his career he tried his hand at acting and radio scriptwriting, which eventually led him to create the TV detective series “Peter Gunn” in 1959.

In 1961, he directed the romantic comedy “Breakfast at Tiffany’s,” which featured Audrey Hepburn in her signature role of Holly Golightly. In 1962 he directed two of his more noted non-comedies, “Days of Wine and Roses,” a romantic drama, and “Experiment in Terror,” a crime thriller.

He struck comedy gold in 1963 with the first “Pink Panther” film, which introduced the world to the character of Inspector Clouseau. The film initiated his relationship with Peter Sellers that lasted until 1978’s “Revenge of the Pink Panther,” with Sellers passing away in 1980.

He wrote and directed the 1979 comedy “10,” which starred Bo Derek as well as his second wife, Julie Andrews. He and Andrews also collaborated on a handful of other films, such as the Broadway adaptation of “Victor/Victoria,” which garnered both Oscar nominations.

He is survived by Andrews as well as their combined five children: Jennifer, Geoffrey, Emma, Amelia Leigh and Joanna Lynne.