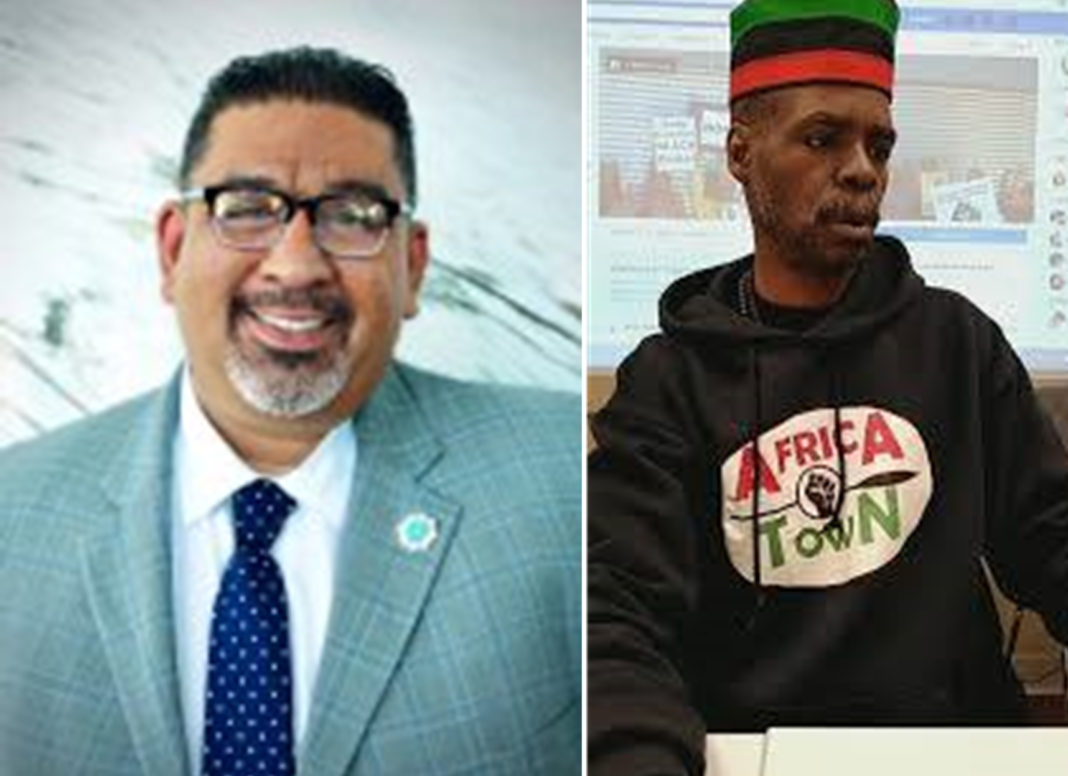 COMPTON—On Saturday, September 12, two officers from the Los Angeles County Sheriff’s Department Class 437 were ambushed and shot at multiple times while they were sitting in their patrol car adjacent to 101 East Palmer St around 7:00 p.m. The suspect came up from behind the car and walked to the passengers side window when he held up a pistol and shot them both point blank hitting 31-year-old mother, Claudia Apolinar and a 24-year-old male officer who has not been named.

After the random act of hatred, the suspect that the deputies described as a “dark skin male” fled the scene on foot immediately after shooting. The deputies radioed for help and were both taken to Saint Francis Medical Center. 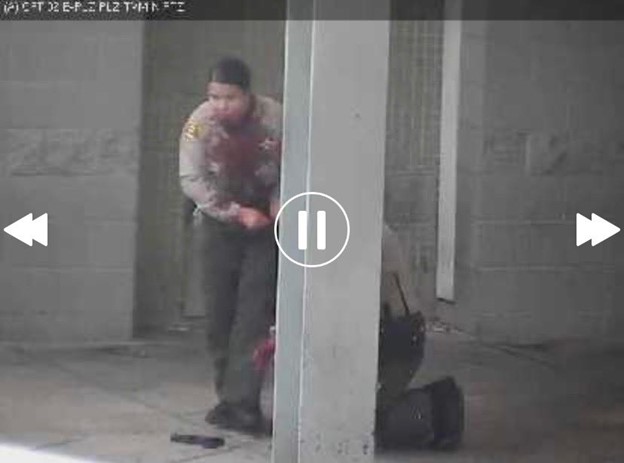 Sheriff Alex Villanueva of the LAPD confirmed that 14 homicide detectives are on the scene along with forensic identification specialists, Crimes Against Police Officers and high tech task force to dissect video.

He is with a group of people — some of which who were also filming. As he and his friends walked closer he said, “They just busted on them. Two sheriffs shot in the face. They trippin’!”

Here’s the reaction of an eyewitness to the ambush of two Deputies shot in the head in #Compton. The victims are in the background. No one is going to help them. Vote like your life depends on it. #BlueLivesMatter pic.twitter.com/tE8NH5YZvm

After the officers were taken to the hospital, a mob showed up there to celebrate their potential death. They chanted outside, “We hope that bit*h dies!”

When they were denied access by officers standing outside the hospital, they took to social media to say, “These pigs out here telling us that we cannot come in here and see these individuals that have been shot down at the mother fu*kin train station.”

As they laughed, and held up their middle finger, they said, “OINK OINK! “fu*k the police! I hope they die, mother fu*ker!”

They blocked the entrance and exit to the emergency room in order to prevent people from coming in and out.

Black Lives Matter activist, Kevin Wharton Price posted a video of the shooting saying, “They walked up and bust a cap on both of them, shot em in the head.” He said this shooting, “lightened his heart” and called this hateful act, “a start of retribution” and “a very good start.”

Lynwood City Manager, Jose Ometeotl, posted a picture to his Instagram when he heard of the shooting stating, “CHICKENS COME HOME TO ROOST”

September 15, it was announced that the city manger, Ometeotl who makes $250,000 per year is on administrative leave until further investigation takes place. 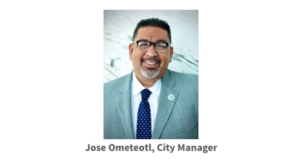 Sheriff  Villanueva confirmed that the two new officers just graduated and were sworn into office 14 months ago. “Every week across the nation someone is losing their life in the line of duty,” said Villanueva.

They are both alive and recovering after surgery. The suspect is still at large.

The Los Angeles County Board of Supervisors is sponsoring a $100,000 reward for information leading to the arrest and conviction of the suspect.