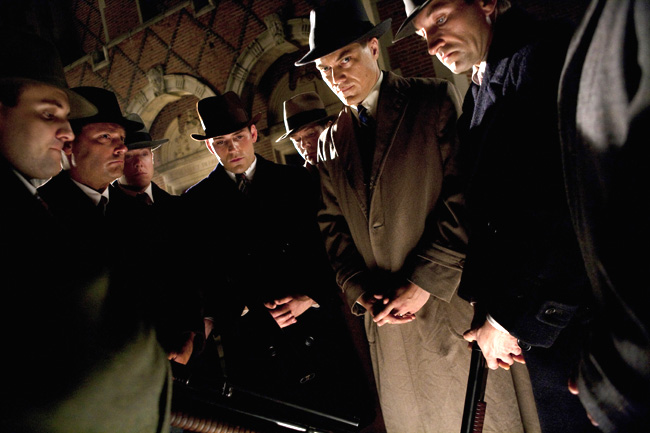 HOLLYWOOD—Tonight’s episode was titled “Nights in Ballygran,” but it should have been called Nucky’s long hard night. Nucky continued his mission to become even richer and more powerful since the Prohibition movement has become so popular in the United States. The crooked Atlantic City backroom politician continued his ruse of playing an honest mayor, while becoming the biggest bootlegger of whiskey in America.

Agent Van Alden arrested one of Nucky’s men when Mrs. Schroeder, an advocate for temperance in America became his key witness in his ongoing investigation on behalf of the federal government. Nucky made his move on Mrs. Schroeder, but it was not what viewers expected. It seemed as though he was about to threaten her or even harm her, when he showed up at her home in the middle of the night, then telling her, “I am tired of waiting.” That’s when Nucky took her into his arms and kissed her. She was equally as surprised, but pleasantly so. For her part, she’s falling in love with a man, she’s also becoming extremely suspicious of.

Viewers can’t tell if Nucky is falling into her trap, or if he’s actually setting one for the beautiful and newly widowed lady. This show is becoming a lot more interesting with each episode. I still find the 1920s era feel of it to be increasingly authentic. It’s excited to see the wives of drunks and ministers marching in the streets with signs, which explain their hatred for alcohol and condemning the sale of it. We now have still-photographs in history books to see this era. Though it’s much more fun to see it in actual color on the small screen.

St. Patrick’s Day in Atlantic city started out with dyed-green beer, and ended in a hot embrace. That’s what this show is becoming known for. The twists and turns never seem to end. Tonight’s exciting episode was written by Lawrence Konner and directed by Alan Taylor.

“Boardwalk Empire” airs on Sunday nights at 9 p.m. on HBO.