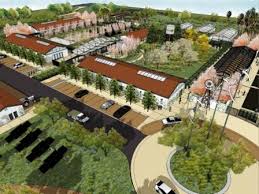 WOODLAND HILLS —On February 15, a man discovered what appeared to be a pipe bomb on the Pierce College campus in Woodland Hills. He turned it in at the school’s sheriff’s station, not knowing that the item he was holding was actually a live bomb.

The man found the object by the pond located on the campus of the two-year school on 6201 Winnetka Ave.

People in a section of the school were forced to evacuate, according to Los Angeles County police; however, none of the college’s students or staff members were at the school on February 15 due to the Presidents’ Day holiday. The sheriff’s Arson/Explosives Detail were alerted, and arriving detectives took over the investigation.

Deputies were able to safely detonate the bomb later that afternoon behind the sheriff’s station. The explosion could be heard throughout the campus and in nearby areas. It is believed that the explosive is not connected with a threat against a specific person.

The Los Angeles County Sheriff’s Web site warns that explosive devices are extremely dangerous, and that in the event that one is found, it is important to avoid handling the item in any matter. Instead, individuals are advised to notify the nearest law enforcement agency immediately.

The Los Angeles County Sheriff’s Department is the largest community college policing agency in the nation, providing law enforcement services to the nine campuses of the Los Angeles Community Colleges, according to the Web site.