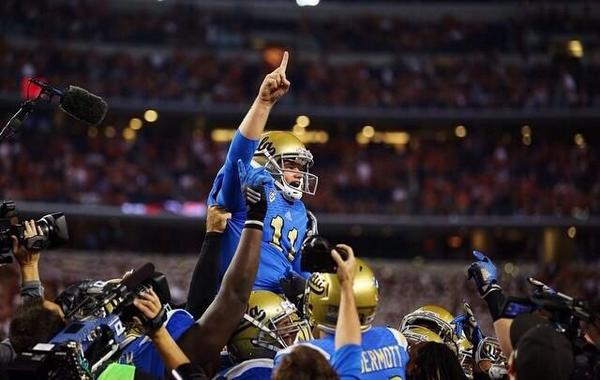 ARLINGTON, TEXAS—Many questioned rather the UCLA Bruins had the strength to tackle the Texas Longhorns who were looking to bounce back after their loss last weekend. It became apparent to those naysayers that the Bruins are planning to give it their all this season.

The Bruins knew it was critical for them to put some points on the board with a touchdown in the third quarter. This put the game in a dead heat 10-10 at the end of the third quarter. The Longhorns responded with a touchdown, and the Bruins responded with a field goal cutting the Longhorns lead by 4 points. It was backup quarterback Jerry Neuheisel who threw a TD pass to Jordan Payton with less than three minutes in the game. Talk about a nail bitter.

Neuheisel had a strong game completing 23 of 30 passes and 178 yards.