The report stated that 2.5 acres of grass and bush were consumed. The area was located just northeast of the Hollywood Bowl.

By 7:28 a.m. the department reported 129 LAFD personnel were deployed to deal with the fire, along with 3 helicopters. One hour and nine minutes into the blaze operation, forward progress of the fire was reportedly stopped.

The department also reported assistance by three Los Angeles County Fire Department crews. Several crews were told to remain at the scene in order to extinguish minimal flame leftovers on the flanks of the fire and overhaul smoldering vegetation. The department said the goal was to “assure complete extinguishment of the fire.”

At 8:32 a.m., the department reported that crews took a total of 2 hours and 13 minutes to extinguish the blaze. 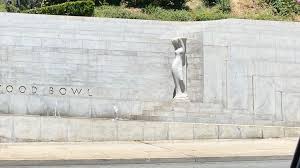 No injuries or structure damage occurred, according to the updates from the LAFD. The cause of the fire remains under investigation as of 4:05 p.m. on July 9.