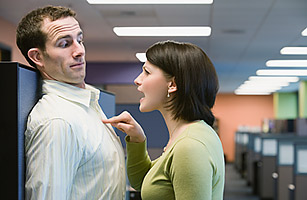 UNITED STATES—When it comes to bullying so many of us think of it as a right of passage.  It will happen to each and everyone, but just because it happened in the past doesn’t mean we should attempt to halt it from happening in the future.  Bullying is a major problem in this nation and it just appears to get worse with each day.

There are psychological scars and ramifications from bullying that sometimes the bully has no idea.  Your actions do indeed have an impact on the injured party, not just in a physical sense, but emotional as well. Why is this issue becoming a problem? Well because bullying is taking place more in the workplace. That’s right, that egotistical boss or a superior colleague who thinks its okay to make someone else’s life miserable.  When you work in corporate America you observe things.  I have worked many jobs in my short life time and I’ve seen so many things that are alarming.

I have seen members in management play favorites and allow employees to do little to nothing because this person is there ‘favorite.’ Little do they know that type of behavior only allows more bad behavior from employees who do work their a**** off. This only creates a division in the workplace; you have the haves and then you have the have nots.  The recent scandal in the NFL where a player was forced off the field because of constant humiliation and taunting from another player is dumfounding to me.  When you think of football, Americans just don’t think that type of culture takes place; but it’s alarming to discover more players come out and discuss the shenanigans that take place in the locker room.

The issue with bullying in the workplace is that the employee or injured party is susceptible to this behavior over and over again. Some people will say if you don’t like what’s happening then quit your job; if only it was that simple. Some people need their jobs to provide for their family, they can’t just quit one without having a back-up for another.  To make matters worse it’s an issue of having to constantly be exposed to the same behavior over and over again to a superior who appears to relish in the antics they employ.

A bully is someone who takes out their frustration on someone they view inferior or less powerful then themselves. I’ve always said time and time again at the workplace, if you want to put an end to bullying you can always take the legal route, but its likely more satisfying to publicly humiliate the perpetrator making your life a living hell.  There is a problem with both: you’re inclined to lose your job, plus you become the bully in a sense. I hate to publicly admit this, but I am a fan of humiliating the guilty party at the workplace.  Why? Well it sends a clear message to other employees that one: this type of behavior should not be deemed acceptable.  Two: its makes the bully realize their actions do indeed have consequence, but more importantly they get a taste of their own medicine.

You might receive your walking papers for doing so, but secretly inside you’ll have a satisfaction of not having to deal with such behavior anymore. You might even give the courage to another employee to address an issue secretly brewing in the workplace that needs to be stopped. Adults who engage in such antics in the workplace, where it’s in the public sphere or on a smaller level, should take a look at themselves and ask the question: “Why am I doing this?  What past atrocities have I encountered that I am forcing someone else to feel my pain?  Remember, a bully typically takes out frustrations they’re experiencing on some else, once that problem is indentified, the bullying could indeed be stopped.